The dreams of the artists behind the scenes will also come true. Ten thousand eighty houses are being built for film artistes and technicians under the Pradhan Mantri Awas Yojana. The Dadasaheb Phalke Housing Scheme is being given shape in Shelu of Vangani, the city of Maharashtra where outdoor shooting started with Raja Harishchandra, the first film of Indian cinema. 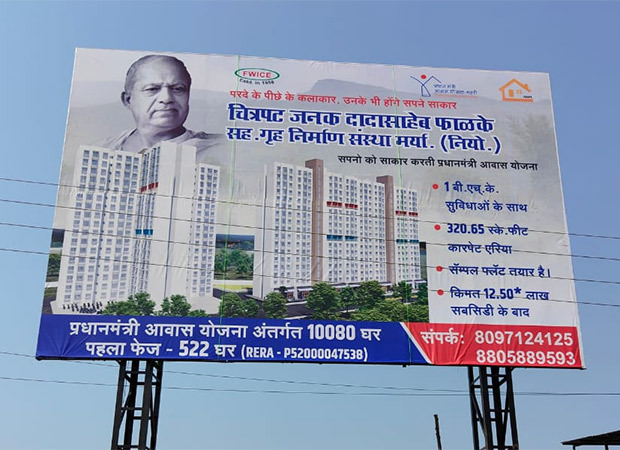 With the help of Federation of Western India Cine Employees (FWICE) and Ankur Padhye of Padhye Group, 10,080 houses are being built here for cinema workers under the Pradhan Mantri Awasiya Yojana, in which 522 houses are being built in the first phase. This tower is 16 storeys. It will have lift, multi-purpose hall and many other facilities.

The special feature of this housing scheme will be that the main gate will be named after Saraswati Bai Phalke, wife of Dadasaheb Phalke. Thousands of cinema workers from Mumbai reached Shelu to see the first glimpse of these RERA registered houses.

Builder Ankur Padhye says it was his father's dream to provide houses for cinema workers, in which the efforts of FWICE, Amarjit Singh, former labour commissioner Sawant Saheb were also very important. Ankur Padhye says that earlier his father had provided houses for beedi workers in Solapur for just Rs 60,000.

The first phase of this housing scheme will be completed in one and a half years. These houses with 320 65 square feet carpet area will be earthquake resistant.