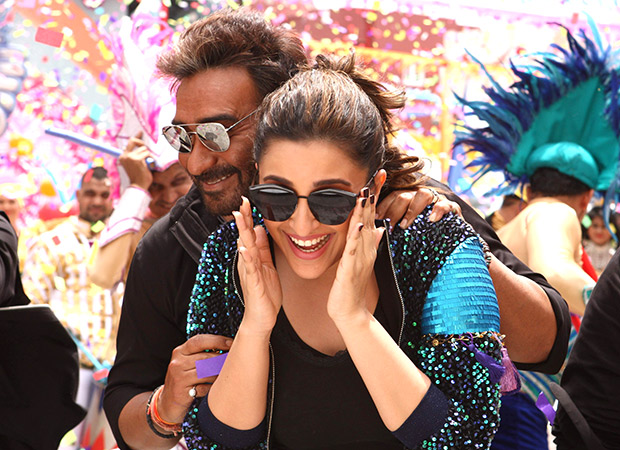 Not in his wildest dreams had Sonu, an orphaned child, from Samajik Vikas Kendra Orphanage supported by Mukul Madhav Foundation, in Mumbai imagined that the prediction he made for Parineeti Chopra & Rohit Shetty would actually come true.

During a Meet & Greet event for Golmaal Again, the star cast comprising of Parineeti Chopra, Arshad Warsi, Tusshar Kapoor, Shreyas Talpade, Kunal Kemmu, Tabu, & director Rohit Shetty, were in for a treat with a surprise visit from orphanage children supported by Mukul Madhav Foundation – the CSR wing of Finolex Industries Ltd. in Mumbai.

While the little stars got to meet their heroes, dancing, singing, sharing flying kisses etc. one of the children came forward & decided to set a challenge for the cast. Young Sonu went up to the actors and challenged them to dance if they wanted their film to cross Rs. 200 crores.

What happened 3 days later left everyone surprised! It may have been a mere coincidence, but just 3 days later, the film crossed the Rs.200 crore mark. In an industry filled with competition, for a film to ring in that box office collection is a rare feat. And what was even more surprising was to see a child from an orphanage to not only step forward to propose the question but accurately went on to predict it just 3 days before it happened.