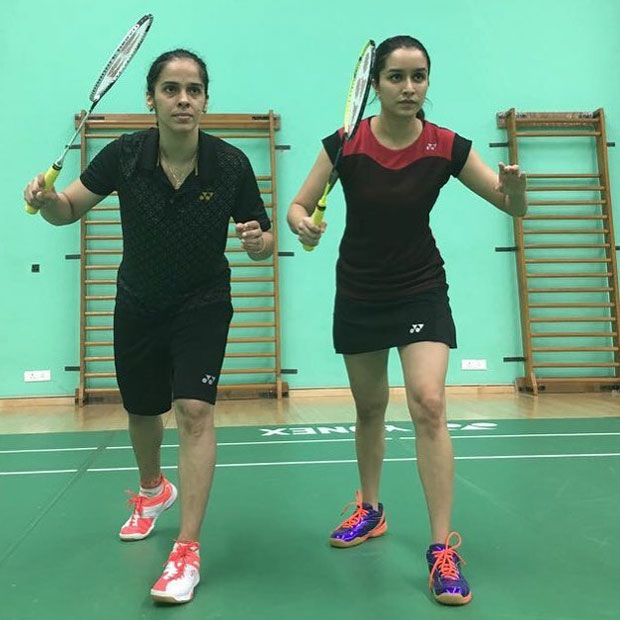 Just a few days ago, we reported that prep for Saina Nehwal has started in full swing with Shraddha Kapoor playing the protagonist. It was also revealed that the actress had started training and taking lessons for badminton to play Saina along with the champion herself. Now we hear that she often ends up training in the morning for the film.

It is being said that Shraddha Kapoor takes badminton lessons every day at around 5 am. Talking about the same, the actress not only agreed to it but also added that she has already finished 32 classes and will start shooting once she is well-prepared to play the role. Furthermore, the actress also revealed about her new found love for the sport and how much she enjoys playing it.

Talking about playing Saina, Shraddha Kapoor is of the opinion that the she looks quite similar to the badminton star. According to her, their heads, and frame resemble with each other and she also believes that they can easily pass off as sisters. She also mentioned that they share the same star sign. She thanked Amole Gupte, who is directing the film, to have spotted the similarities and for signing her for the film.

The untitled venture will be shot in varied locations including Haryana where Saina Nehwal was born. In fact, during the recee, Amole Gupte met several family members as well as closed ones of Saina in order to script the film.

While Shraddha Kapoor is currently also simultaneously promoting Haseena Parkar, the actress has been sharing a few glimpses of her badminton training. On the other hand, Saina too has been giving many sneak peeks into the coaching sessions of Shraddha Kapoor including the ones where she is training with her.