Last Updated 28.01.2022 | 10:26 PM IST
feedback language
follow us on
Bollywood Hungama » News » Bollywood News » Naga Chaitanya REVEALS that he and Samantha Akkineni are a troubled couple, albeit on screen

Naga Chaitanya and Samantha Akkineni have remained to be one of the most loved couples on screen. The duo, however, hasn’t shared screen space post their marriage until now. The two are supposed to be featuring together in the film tentatively titled Majili and now, we hear that they will be playing a married couple in the film too. 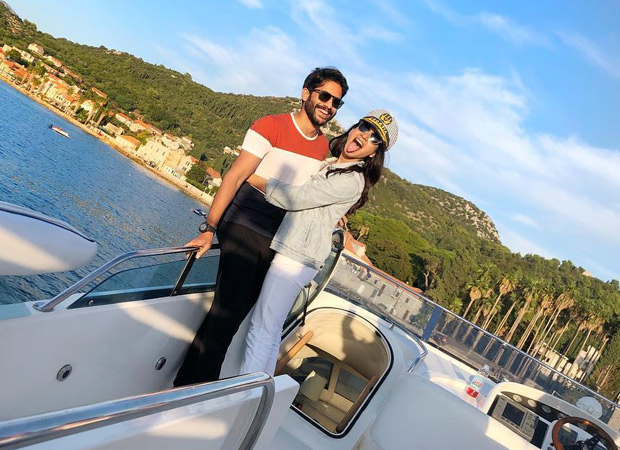 Readers may be aware that Naga Chaitanya and Samantha Akkineni were recently seen celebrating their first anniversary in Ibiza and they were later joined by Naga’s family including his father Nagarjuna. Before the same, Samantha had also stated that the fact that she is getting to share screen space with her hubby Naga Chaitanya is her best anniversary gift. The two of them started shooting on their wedding anniversary and now the filming has started in full swing. Naga Chaitanya spoke about it in recent reports.

In the said reports, Naga Chaitanya explained that Samantha Akkineni [Samantha Ruth Prabhu] is playing his wife. He went on to add that however, it is quite different from their real life characters since this couple is apparently going through a troubled marriage. He maintained that he constantly quarrel with each other unlike their real life selves, since they rarely fight at home. So he further concluded that while it is a pleasant experience to play husband-wife on screen, it is also quite different and interesting to play a troubled couple.

Besides this, Naga Chaitanya also revealed that Majili is not the final title of the film. Rather, the makers are yet to lock in the same and this name is only a working title. Another intriguing fact that Naga mentioned was about travelling in separate cars. Making a quintessential statement, Naga stated that he and Samantha prefer to travel separately because he added that she takes much more time than him to get the look for the role. Cliché we say!

Samantha Akkineni was last seen in U Turn which was a woman-centric drama. On the other hand, Naga Chaitanya’s recent release is Savyasachi alongside Nidhhi Agerwal that hits the big screen today. On the other hand, Majili is said to be directed by Shiva Nirvana.

Also Read: Samantha Akkineni and Naga Chaitanya just had the most ROMANTIC trip to Ibiza and here’s the proof!