One film that has been in the works since the lockdown began was Ayushmann Khurrana starrer Doctor G. The quirky social drama that revolves around menstruation and sanitation was initially titled Stree Rog Vibhaag. Initially, there was chatter about Alaya F doing the film and then, it was revealed that Mrunal Thakur will be seen opposite Ayushmann in the film. Now, we can tell you that Mrunal has opted out of the project. 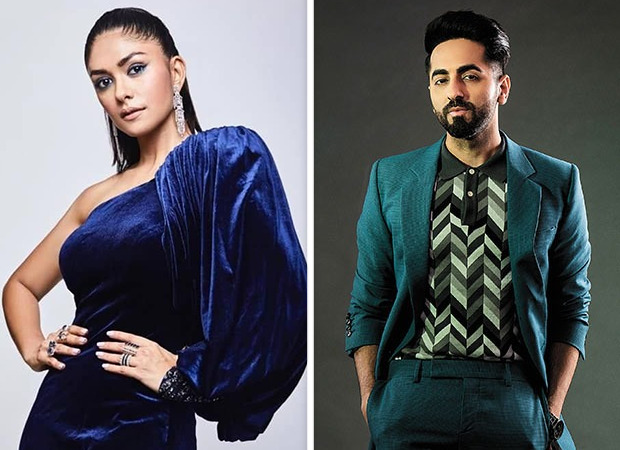 Says a source, "Mrunal had given her dates last year for this film, before the lockdown happened. Her role is a very strong one and the makers wanted this fresh pairing to add more value to the project. But now, when the crew decided on the dates, owing to Ayushmann's schedule, Mrunal had to opt out since she has already committed the same dates to her other films like Pippa. She conveyed the message to the makers and they mutually agreed on parting ways."

Last we hear, the makers are yet again scouting for another actress to star in the film. "Ayushmann plans to first shoot Anubhav Sinha's film but that's a quickie. They intend to wrap that film in about a month's time much like Article 15 and then begin Doctor G. As for Mrunal, she had to pick between this and Pippa and she picked the latter as there's been advanced talks of a three film deal with RSVP for her."

Also Read: Ayushmann Khurrana to star in and as Doctor G, film to be directed by Anubhuti Kashyap