Michelle Monaghan makes a return to the Mission: Impossible franchise as Ethan’s wife, Julia. Making a special appearance in the films leading to the latest film in the series, Julia’s story has remained as one of the best-kept mysteries of the film. 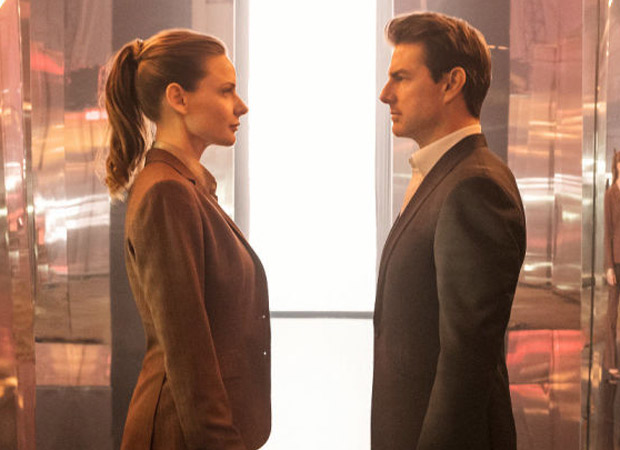 At the very start of Cruise’s collaboration with McQuarrie, he asked Cruise about his expectations from the film. Cruise replied, ‘’I want to tie up the story of Julia. People are still asking me about Julia.  So, we began with that.” Both the Producer and the Director were focused about bringing a more feminine side to this movie by giving each of the four female characters’, Rebecca Ferguson, Angela Bassett and Vanessa Kirby, distinct identities by creating strong, grounded roles.

Adding further Cruise said, “Because this film is a culmination of all the Missions, we talked a lot about emotion, and you can’t have that emotion without bringing Julia back. There’s a yearning and a romantic notion that we play with. Michelle’s work is exceptional, and she is just a wonderful person.”

When Monaghan heard about the news, she was happily surprised, “I had no idea there were plans to bring Julia back and I was so excited,” she recalls. “The character is wonderful, and their love story is something fans have latched onto. Ethan let her go to keep her safe and out of harm’s way. For me, that’s the ultimate expression of love. In this story, you see them back together, but in a much different way.”

Well! We are as excited as Michelle Monaghan to watch her share screen with Tom Cruise in Mission: Impossible - Fallout again.

Also Read: “Mission: Impossible – Fallout is a culmination of all the previous films in the series” – Tom Cruise