The Gentlemen actor Matthew McConaughey has decided to set up his mother with his co-star Hugh Grant's father. During an interview with Mashable last month, the two actors joked about turning matchmakers for their parents and setting up McConaughey's mom, Mary Kathlene McCabe with Grant's father, James Grant. 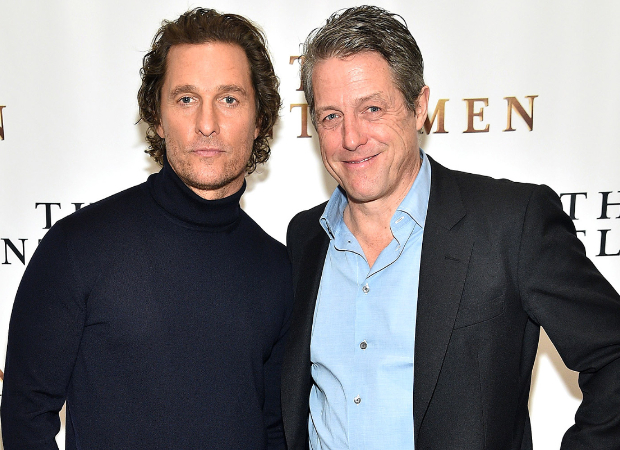 “Would your 87-year-old mother like a nice 91-year-old Englishman? She still married? Your dad still alive?” Hugh asked. “No, no, pop moved on in ’92. And then her second man of 19 years just moved on two years ago, so she’s single and vital,” Matthew confirmed.

During an interview with Entertainment Tonight earlier this week, the two continued to joke as Matthew said, “His father’s 91, my mother’s 88. Yeah, why not? Next week, they’re supposed to meet, and we probably won’t see them for the rest of the night.”

Hugh quickly said that the date would be "red hot".

The Gentlemen stars Matthew McConaughey, Charlie Hunnam, Henry Golding, Michelle Dockery, Jeremy Strong, Eddie Marsan, Colin Farrell, and Hugh Grant. It Follows American expat Mickey Pearson (Matthew McConaughey) who built a highly profitable marijuana empire in London. When word gets out that he’s looking to cash out of the business forever it triggers plots, schemes, bribery, and blackmail in an attempt to steal his domain out from under him. The film is releasing on January 24, 2020 in India.