When a big film is launched, the promotional and marketing teams go all out in ensuring that the audiences are excited for it. Yet, at times, certain aspects of the film create negative publicity or perception. In the age of social media, this negative bit spreads far and wide. Most of the times, it doesn’t harm the film considerably, especially after the film is out and it gets thumbs up from the aam junta. But the upcoming film Super 30 is an exception. It is constantly in the news and it’s mostly for the wrong reasons. 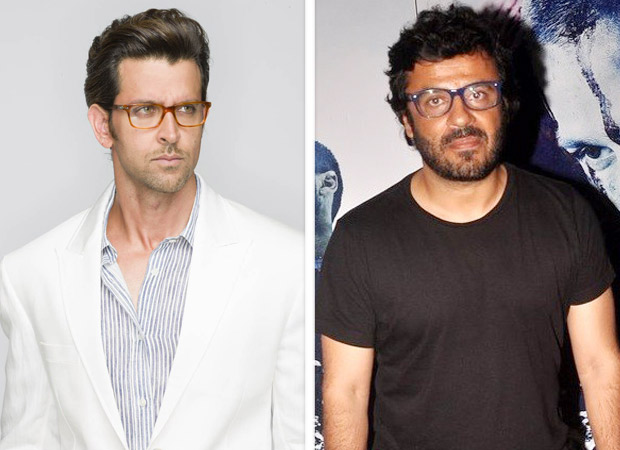 The biggest problem associated with Super 30 at present is its director. The Hrithik Roshan-starrer is directed by none other than Vikas Bahl, who is accused of serious sexual harassment charges. Over the weekend, an article put up a detailed description of how Vikas troubled the girl and Vikas Bahl’s partners at the production Phantom Films – Anurag Kashyap, Vikramaditya Motwane and Madhu Mantena – couldn’t do much to give the girl the desired justice. Yesterday, Nayani Dixit spoke exclusively to us about how Vikas also tried to harass her when she was working with him in the 2014 acclaimed film Queen.

Shockingly, media and industry knew about these allegations against Vikas Bahl. The story broke first way back in April 2017. 5 months later, in September 2017, it was announced that Hrithik Roshan is playing the lead in Super 30. Questions have arisen therefore that why Hrithik Roshan agreed to work with Vikas in the first place? Probably, he didn’t anticipate that in the future, these allegations would rear their ugly head once again. Also, in the past, others too have got into similar kind of troubles but didn’t face a lot of problem. For instance, director Subhash Kapoor was seen admitting on video that he molested actress Geetika Tyagi. Yet, he went on to bag Guddu Rangeela and even a 100-crore-grosser Jolly LLB 2, starring superstar Akshay Kumar. Hrithik Roshan failed to have that kind of luck. Now reports have emerged that Vikas Bahl’s name would be dropped from the credits of the film. However, the damage is done. If that’s not enough, Super 30 is releasing on January 25, 2019 and on the same day, three other films are also scheduled to hit screens - Manikarnika - The Queen Of Jhansi, Cheat India and Thackeray. Barring the Emraan Hashmi-starrer Cheat India, Thackeray, the biopic of Shiv Sena supremo Balasaheb Thackeray and Kangana Ranaut-starrer Manikarnika - The Queen Of Jhansi can prove to be huge competitors. Everyone is aware of the Hrithik Roshan-Kangana Ranaut feud and how it rocked the headlines in early 2016 and second half of 2017. With the clash of Super 30 and Manikarnika - The Queen Of Jhansi, the fight between the two might get re-ignited. Interestingly, Kangana has worked with Vikas Bahl in Queen and she has already gone on record, blasting Vikas for sexually harassing her. She has got enough ammunition to now target both Hrithik and Vikas, as the release date draws closer. It’s a golden opportunity for her and she surely won’t let it go. But it remains to be seen if it helps her film in any way. The last time she adopted this strategy, it didn’t help her film Simran one bit. Let’s see if it works in Kangana’s favour this time.

If these problems were not enough for Super 30, well there’s more! The film is inspired from the life of Patna mathematician Anand Kumar, who gave free tuitions to those who want to get into IIT. Early this year, it came to light that he alone didn’t start this initiative and that an IPS officer named Abhyanand played a huge role in Super 30 programme. But the film shows Anand Kumar as sole founder of the programme in question. Reports emerged few months ago that after this controversy, the makers plan to present the film as fiction. But again, expect these problems to magnify when the film is about to release.

However, there’s still a ray of hope. A section of trade believes that despite all this negative publicity, if Super 30 has a great trailer and strong content, it can surely succeed. After all, the director is not that known to the masses and they’ll probably won’t care and go to the film in hordes, if it interests them. Same goes for the Anand Kumar controversy. If audiences can accept a film like Sanju despite knowing it’s not a completely true account of Sanjay Dutt, then why not Super 30?

So what will eventually happen? Will Super 30 survive despite all odds? Or will these factors prove detrimental? Only time will tell.