Aamir Khan and Rani Mukerji’s on-screen pair has given us multiple hits in the 90s and early 2000s. The duo share one of the purest bonds of friendship we have come across in the industry. Aamir Khan usually is not as active on social media as his peers, but when it comes to appreciating his colleagues, he makes sure to wish them publically as well.

With Rani Mukerji’s Mardaani 2 being one of the most relevant films of this year, the film has already garnered a lot of appreciation and love from the fans and critics alike. An extremely gripping and brilliantly made film deserves all appreciation and Aamir Khan did just that, he took to his Instagram story to congratulate her on the success. Take a look at it. 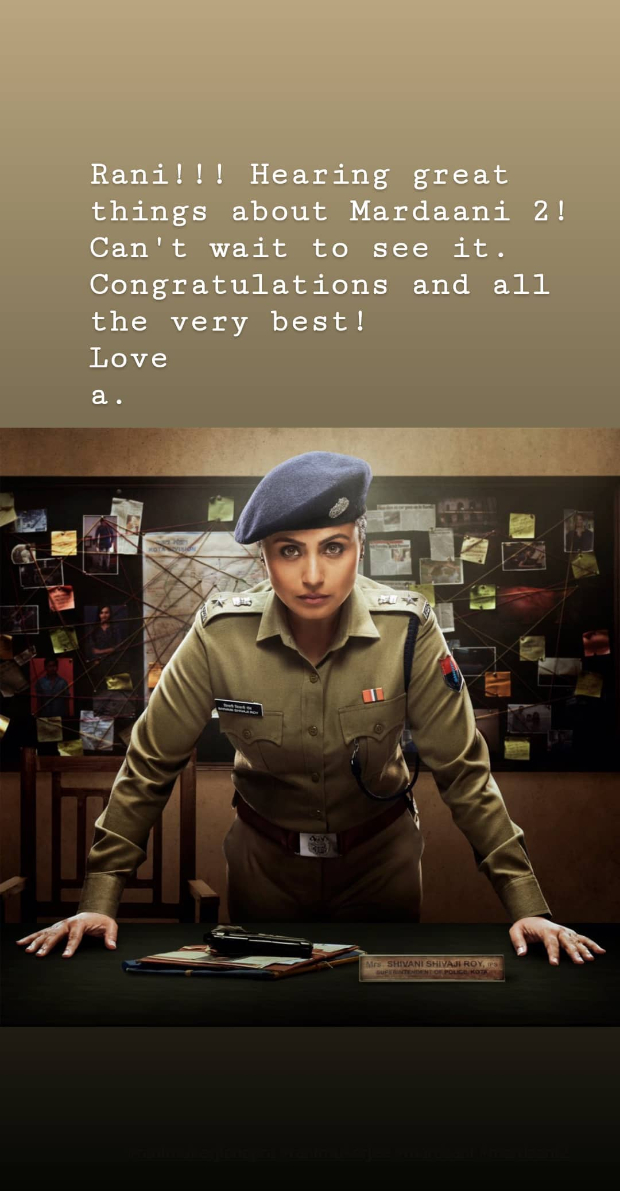 Aamir Khan is currently shooting for his next, Laal Singh Chaddha with Kareena Kapoor Khan.