The Mandalorian season 3 now officially has a streaming release date along with a new poster. At Star Wars Celebration, Lucasfilm revealed that Season 3 of the flagship live-action Star Wars series is set to debut on Disney+ in February of 2023. 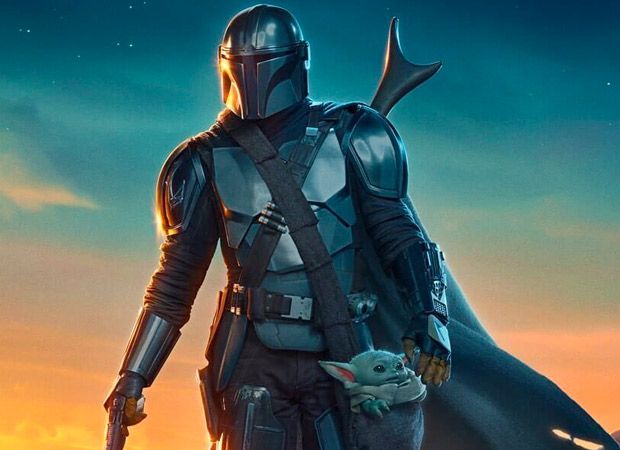 The Mandalorian season 3 set to debut on Disney+ in February 2023; check out the new poster

As reported by Variety, the Ahsoka spinoff, starring Rosario Dawson as Anakin Skywalker’s former Padawan, is also slated to arrive sometime in 2023, as announced at the Thursday Star Wars Celebration. In-person attendees at Star Wars Celebration were shown an exclusive teaser, which featured Mando dealing with the repercussions of removing his sacred Mandalorian helmet. It was also announced that Katee Sackhoff is returning as Bo-Katan Kryze in an antagonist role.

The Mandalorian recently wrapped production on its third season, which is set to continue the adventures of Din Djarin (Pablo Pascal), a Mandalorian warrior. The Star Wars series is being led by Pedro Pascal as a lone Mandalorian gunfighter in the outer reaches of the galaxy. Pascal’s character also recently appeared throughout the Disney+ series The Book of Boba Fett.

The Mandalorian and Grogu continue their journey in Season 3 of #TheMandalorian, streaming February 2023 on @DisneyPlus. pic.twitter.com/GXPfUIugNp

The Mandalorian comes from executive producers Jon Favreau, Filoni, Kathleen Kennedy, Colin Wilson, Karen Gilchrist, and Carrie Beck. Favreau is also set as the showrunner and one of its directors. The season will once again be written by Favreau, and Carl Weathers is set to return to the Star Wars universe as a director as well as his character Greef Karga. Pedro Pascal is also set to return as the titular Mando with Grogu by his side. Christopher Lloyd is also expected to appear in a guest star role this season. Filming officially wrapped on March 29, 2022.

Also Read: Game Of Thrones stars Pedro Pascal and Bella Ramsey to star as Joel and Ellie in HBO series The Last Of Us