After filing a defamation case in the Bombay High Court, Mukesh Bhatt and Mahesh Bhatt have released an official statement denying drug allegations made by Sumit Sabherwal’s estranged wife Luviena Lodh. The model-actor had claimed in an Instagram video that she was being harassed by her husband and Bhatt brothers. After appearing before the court earlier this week, she spoke to the media and said, “Mahesh Bhatt is the biggest don of the industry. If you don't play by his rules, he destroys your career and life." Furthermore, she stated if anything happens to her or her family, Mahesh Bhatt, Mukesh Bhatt, Sumit Sabherwal, Sahil Sehgal, and Kumkum Sehgal should be considered responsible for it.” 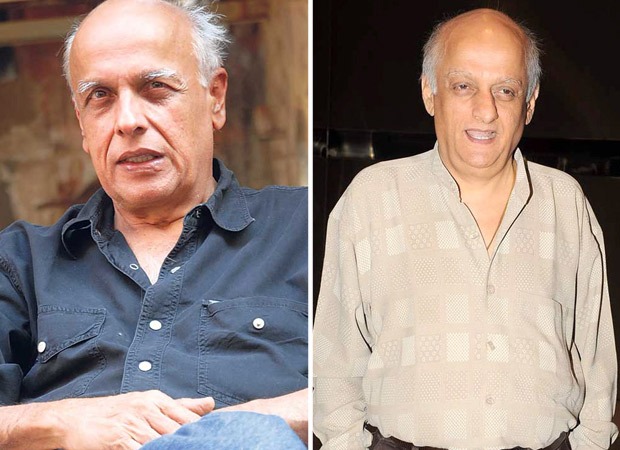 She added, “Everyone knows that every person who works for Vishesh Films (Bhatts' Production house) consumes drugs, but no one talks about the Bhatt family." She had also alleged that her estranged husband was Bhatts’ nephew and would supply drugs to celebrities including Amyra Dastur and Sapna Pabbi.

After her interaction with the media, Mahesh Bhatt and Mukesh Bhatt released a joint statement denying all these allegations.

Here’s the full statement, according to Zee News:

“As a public figure, we have accepted that one’s private life can be the subject matter of curiosity, interest, scrutiny and gossip, often, intense, irresponsible or even unfair. we have regarded this as an occupational hazard and a part and parcel of life and therefore exercised great restraint in engaging with or responding to, the same.

We have however recently been at the receiving end of a vicious and malicious campaign launched by Ms. Luviena Lodh who falsely claims, her husband to be our nephew.

Ms. Lodh has, since 2016, been engaged in a matrimonial dispute with her husband Mr. Sumit Sabherwal who works for our company Vishesh Films. She has also been served recently with proceedings for evicting her from a residential flat which she is occupying. She has, therefore, as a litigation strategy, decided to personally target us and members of our family, by levelling scurrilous and grossly defamatory allegations, against us, in the hope that this will result in the eviction proceedings not being pursued.

Towards this end, Ms. Luviena Lodh published and circulated, on her Instagram account, a video making grossly defamatory, false, scurrilous and distasteful allegations against us. Since this was not idle gossip but a malicious attack, we both were constrained to file a defamation suit before the Hon’ble Bombay High Court. By its Order dated 26th October, 2020, the court restrained Ms. Lodh from making defamatory statements against us whether by way of circulating the said video or otherwise in any manner whatsoever.

In complete disregard thereto, Ms. Lodh has continued to peddle lies and falsehood to besmirch our reputation and malign our character. In her desperation to escape the eviction proceedings she held a press conference, where she reiterated her falsehood and even misrepresented the court order. The proceedings of the Press Conference has only served to expose what her real agenda is – use attacks on us and our family as a quid pro quo to escape eviction proceedings.

As we have already sought and secured legal protection and as the matter is sub-judice, we are taking legal advice on the further course of action to adopt.

In the meanwhile, we are making this statement to place on record that all allegations made by Ms. Lodh against us are false, incorrect and baseless. We are confident about our case and have complete faith that our stand will be judicially vindicated. We are confident that truth will prevail and unlike her, we do not need to take recourse to publicity stunts or malicious mud-slinging.”

In an official statement released by his lawyers, Sumit Sabherwal has said that he is not related to the Bhatt brothers. “The claims and contents of the video being circulated by our client’s estranged wife Mrs. Luveena Lodh are denied in toto,” the statement read.

“Our client expresses his deepest regret that the good name of Mr. Mahesh Bhatt & Mr. Mukesh Bhatt (herein after referred to as the Bhatt Brother’s) is being sullied solely due to his pending (since 2016) matrimonial dispute with his wife. It is made amply clear that our client is merely and employee of M/s Vishesh Films Pvt Ltd. and NOT related to either of the Bhatt Brother’s as has falsely and maliciously been sought to be made out by the video’s in question. Every attempt being made in order to formulate a relation between our client and the Bhatt brothers must be construed as a well-crafted conspiracy to precipitate and motivate a lucrative “settlement” for her disputes with our client; as is amply made clear in her interviews as well,” the statement read.

In her video, Lodh had claimed that Mahesh Bhatt was aware that her estranged husband supplied drugs and women to various actors. “If you don’t play by his rules, he will make life difficult for you. Mahesh Bhatt has ruined a lot of lives by putting them out of work. He makes one phone call and people lose their job. Ever since I filed a case against him, he has been trying to enter my house and remove me from this house. No one files my NC (non-cognizable complaint) either and even after great difficulty I manage to file an NC, no action is taken,” she said in the video.

It is to be noted that the Bhatts have sought one crore in damages and a restraining order from making any such false claims in the future in their defamation case filing against the actress.