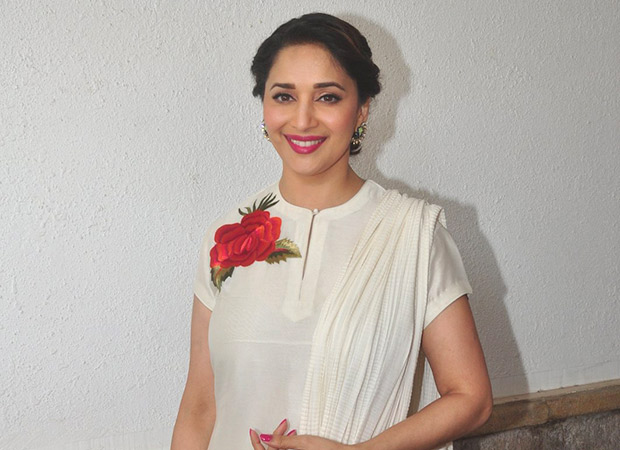 Bollywood's ‘Dhak Dhak Girl’, the most loved superstar and actor Madhuri Dixit, is poised to release her first-ever English language EP (Extended Play), The Film Star. The EP will be launched with the debut single, ‘Tu Hai Mera’.

‘Tu Hai Mera’ is a special ode from Madhuri to her fans for all the love and support she's received from them and continues to. It is a fusion of classical Indian folk music with western pop lyrics and beats, bringing together the East and the West, and creating an iconic global sound and vibe.

The idea to create a multilingual soundtrack from one of India’s most iconic performers and entertainers was conceived early last year at a meeting in Beverly Hills, CA between Madhuri Dixit, her husband Shriram Nene and Sat Bisla, President and Founder of A&R Worldwide. Bisla has been an early supporter for acts such as Sheppard, Coldplay, Muse, Keane, Dido, Adele, The Temper Trap, LMFAO, Jessie J, Katy Perry, Sia, Gavin James and hundreds of others prior to their global successes.

Talking about ‘Tu Hai Mera’ and embarking on this musical journey Madhuri Dixit stated, “Music has been a part of my life from the very beginning. I was pretty clear that I wanted to kickstart this new chapter with a sense of celebration and gratitude for my fans who have offered their unrelenting support and all their love no matter what.  So what better way to embark on this journey than by celebrating their appreciation?"

Talking further about her debut single ‘Tu Hai Mera’, Dixit says, "It was a pleasure to work with a team of talented individuals who understood and appreciated the beauty of the East and West. We were able to create something that really speaks to your soul. Our hope is that the audience will appreciate all the hard work our team has put into the project and that it moves them as much as it has affected us.”

Talking about working with Madhuri, Bisla stated, “It’s an honor and privilege to A&R this amazing project with Madhuri Dixit and Ram Nene to build a bridge between East and West in the most authentic musical way possible with one of Bollywood’s most iconic entertainers. ‘Tu Hai Mera’ is the icing on the cake of what is sure to be an inspiring and captivating musical release to tens of millions of Madhuri fans worldwide, as well as helping introduce her debut to millions of new listeners around the world.”

More recently, it was confirmed that ABC Television is developing an American comedy series based on the life of Madhuri Dixit in the US which is executive produced by Madhuri Dixit and Priyanka Chopra and written by Sri Rao. Mark Gordon Productions, famous for CSI, Grey’s Anatomy and Quantico, is co-producing the show along with ABC. In addition, it was recently announced that Madhuri has donned the producer’s hat, embarking on her maiden film shot in Marathi from her film house, RnM Moving Pictures, Pvt. Ltd.