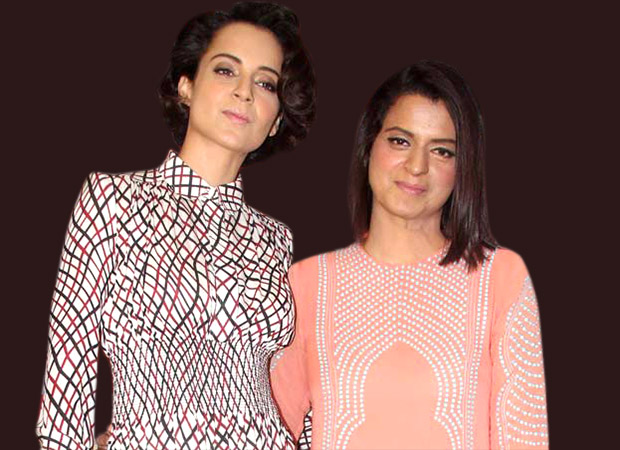 They say let the bygones be bygones. But, it isn't the case with Kangna Ranaut who has been grabbing the headlines for her explosive statements on Rajat Sharma’s famous show, Aap Ki Adalat. From her affair to her leaked emails to the legal battle, Kangna Ranaut opened up about the whole fiasco with Hrithik Roshan in detail and demanded an apology from him for causing her emotional trauma.

In relation to that, Kangna Ranaut had also revealed that she had approached the women’s commission regarding it who decided to help her in the case at first but later backed out. She revealed, "He (Hrithik Roshan) made it public in a notice that if I didn't apologize then he would release pictures and videos he had. So my sister Rangoli called the women's commission. Gurmeet Chaddha, who is the head of the Mumbai office, got very excited at first, saying it's a high profile case, we'll tell Rakeshji (Rakesh Roshan) that he can't threaten someone like this. After 2 days, we get a call from Rakeshji's office saying that they're good friends and that the matter is going out of hand. What sellouts these people are. I’ve hated the women’s commission since that day, these people are completely fake.”

After the explosive interview, it’s the Chairperson of Maharashtra Women’s Commission Vijaya Rahatkar, who has come forward to share their side of the story and has slammed Kangna through a series of tweets. Vijaya Rahatkar said that Kangna had never approached them and Gurmeet Chaddha wasn't related to the women's commission.

Deeply disturbed by Ms.Kangana Ranaut's irresponsible statement where she has made grave allegations against the Womens Commission. 1/3 https://t.co/LPAoHPbQAv

Neither has Ms.Kangana Ranaut ever approached Womens Commission nor is Gurmeet Chadda associated with MSCW in any way. @RajatSharmaLive 2/3

MSCW is fully committed to the cause of women in distress. Unfortunate that Ms.Ranaut has chosen to project us wrongly. @RajatSharmaLive 3/3

Kangna Ranaut’s sister. Rangoli Chandel, was quick to reply in support of her sister and gave Vijaya Rahatkar the details about Kangna’s meet with Gurmeet Chaddha.

After her meeting with Mr. Rakesh Roshan she told me woman comission can't help us @VijayaRahatkar

Wt are we supos to do if she tells us woman comision can't help us she's a big name ws givn to us by some influential ppl. @VijayaRahatkar

On the professional front, Kangna Ranaut will next be seen in Hansal Mehta’s Simran which is slated to release on September 15, 2017.