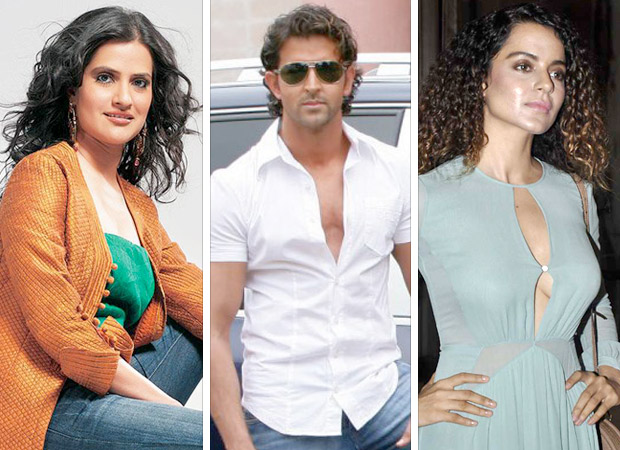 Kangana Ranaut, who is busy with the promotions of her upcoming film Simran, recently opened up about her infamous legal spat with her alleged former boyfriend, Hrithik Roshan. Kangana Ranaut opened up about her affair, legal spat and more on Rajat Sharma's Aap Ki Adalat and other shows. While many are seeing it as a courageous move, others have termed it as a promotional gimmick.

For singer Sona Mohapatra, this whole reopening of Hrithik Roshan vs Kangana Ranaut seems like a circus and more like a PR stunt for her upcoming film. Sona addressed the entire issue about Kangana's recent openness in her recent Facebook post. She wrote, "Dear Kangana, I have always cheered loudly, in private & in public for you. Long, long before you turned queen et all but your current run across the airwaves regurgitating personal details of your love life over & over again, washing dirty linen in public & more so as part of a professional PR campaign before your film release is in bad taste. No two ways about it."

Sona further wrote, "I do believe that there are plenty of feminists in the opposite gender. Men who cheer the cause of outspoken, feisty, fierce & hard working women like you & me. We don't 'need' them as such but let's not forget them & also the thousands of amazing women who fight the good fight on a daily basis with dignity. Life might not have been easy but you are in a great place now. More so to influence positive change. That is worthy of a daily celebration."

Hrithik Roshan and Kangana Ranaut co-starred for the first time in 2009's Kites when reportedly they had an affair. Later, both of them starred in a film together in 2013's Krrish 3. The year 2016 saw a huge drama in her life when Kangana Ranaut’s one statement about calling Hrithik Roshan her silly ex-turned into a huge public legal battle.