Rajkummar Rao and Shraddha Kapoor starrer Stree which was released in August 2018 was co-produced by Dinesh Vijan of Maddock Films and Raj Nidimoru and Krishna DK of D2R Films. Back in 2018, the producers landed in a financial issue over the profits of the film. However, on Thursday, Maddock Films issued an official statement saying that they have resolved their issues. 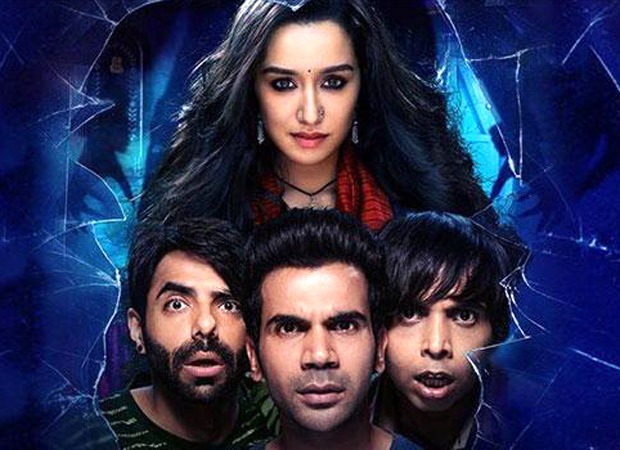 "We, Maddock Films Pvt Ltd (and its promoter Mr. Dinesh Vijan) & D2R Films LLP(and its partners Raj Nidimoru & Krishna DK) are pleased to confirm that we have amicably resolved our differences with regard to our film Stree which released in August 2018," Maddock Films wrote in their official statement.

"All copyright & intellectual property rights in & to the film Stree including the derivative rights thereof are henceforth owned solely by Maddock Films Pvt Ltd," they added. 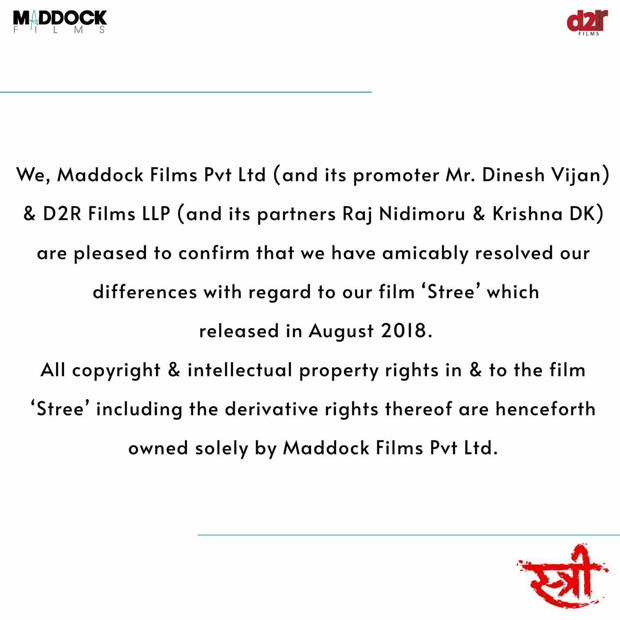 Stree is a horror comedy film and also starring Aparshakti Khurana, Pankaj Tripathi and Abhishek Banerjee. The film directed by Amar Kaushik and written by Raj and DK received positive response from both critics and audiences.