A few days back, late Bollywood actor Sushant Singh Rajput’s father KK Singh filed an FIR against Rhea Chakraborty for abetment of suicide. Following the FIR, the Bihar Police got in touch with the Mumbai Police who have been investigating the case since the beginning and are now themselves carrying out a detailed investigation. 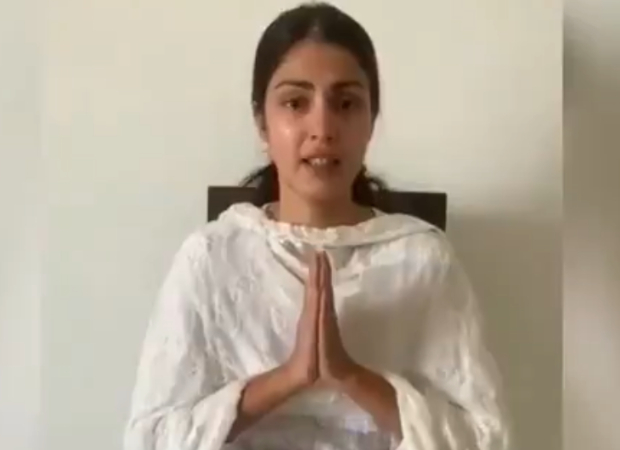 After the FIR, Rhea Chakraborty’s lawyers filed a petition in the Supreme Court seeking a transfer of the FIR to the Mumbai Police. Now, the actress has finally spoken up through a video where she said that she believes in the justice system. “I have immense faith in God and the judiciary. I believe that I will get justice even though a lot of horrible things are being said about me in the electronic media. I refrain from commenting on the advice of my lawyers as the matter is subjudice. Satyameva Jayate. The truth shall prevail,” a teary-eyed Rhea is heard saying in the video.

Meanwhile, Sushant Singh Rajput’s father has alleged in the FIR that Rhea and her family withdrew Rs 15 crore from his son’s bank account. The Enforcement Directorate is currently looking into the matter and have reportedly filed a money laundering case.