Filmmaker Martin Scorcese will reunite with Robert De Niro after the stupendous success of The Irishman. Titled Killers Of The Flower Moon, the film will star Leonardo DiCaprio alongside De Niro. The news was confirmed by DiCaprio when he presented De Niro with the SAG Life Achievement Award at the 2020 Screen Actors Guild Awards. 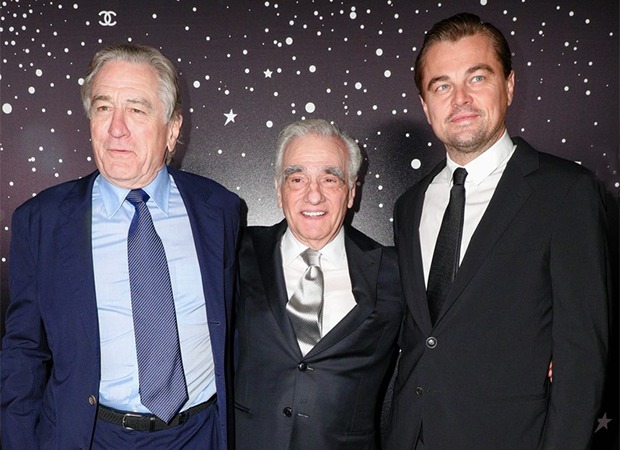 "And after 30 years, to work alongside Bob again in Martin Scorsese's upcoming drama Killers Of The Flower Moon is a true honor," DiCaprio said.

Leonardo DiCaprio first acted alongside De Niro in This Boy's Life in the year 1993. Praising his noteworthy performances in Goodfellas, Casino, Raging Bull, and The Godfather II, Leonardo said at SAG 2020, "His characters have echoed through our culture."

Continuing his introduction, DiCaprio spoke of being influenced by De Niro because of his "fearless pursuit of authenticity." Calling him "elemental," DiCaprio added, "It feels as if he's always been here and always will be here."

Remembering how his father took him to watch Midnight Run, he added, "As the lights went down, he turned to me and said, 'If you really want to be an actor and get into this profession, if you want to understand what great acting is, you watch that man on screen.'"

This film would be Leonardo's sixth collaboration with Scorsese, following the superhits Gangs of New York, The Aviator, The Departed, Shutter Island and The Wolf of Wall Street.