A few days ago, the internet was buzzing after Akshay Kumar took to Twitter to announce that he would be auctioning the naval office uniform he wore in the film Rustom. However, soon after the said costume went up for auction, a few netizens and citizens vented their ire about the ‘uniform’ being auctioned claiming that it ‘played with the sentiments of armed forces personnel and widows of fallen soldiers’. Now we hear that a legal notice has been served to both Akshay Kumar and Twinkle Khanna for auctioning the costume. 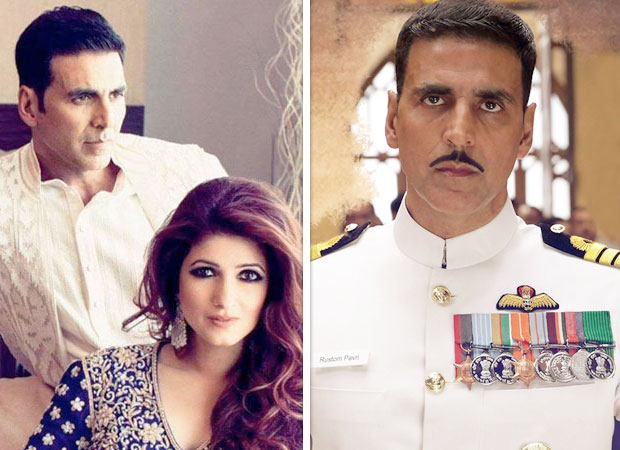 As per reports, the said notice has been sent to the auction house SaltScout as well that had put up the costume for auction. Citing that till date no uniform or medal has been put up for auction and that a uniform is bestowed as an honour on a commissioned officer by President of India for life, making it not a contract but a liability for the nation's sake, the said petition seeks that Akshay and Twinkle cancel the auction failing which, necessary action shall be taken under the relevant provisions of the Indian Penal Code.

For the uninitiated, on April 26, Akshay Kumar had taken to twitter announcing the auction of his costume from the film Rustom. Following this a certain Mr. Sandeep Ahlawat had taken to FaceBook reprimanding the auction of the costume as an original uniform. However, responding to Ahlawat, Twinkle Khanna asserted that they did not see any harm in auctioning the uniform saying, “As a society do we really think it’s all right to threaten a woman with bodily harm for trying to raise funds for a charity by auctioning a uniform used in a movie, a piece of film memorabilia? I will not retaliate with violent threats but by taking legal action! #JaiHind”. Akshay too supported his wife stating that the proceeds were going towards a good cause.

Currently, the bidding for Akshay Kumar’s costume from Rustom that is still live on the site and is pegged at a staggering Rs. 2,35,000.