The Coronavirus pandemic has spread around the world rapidly. Several institutions in the country have been shut down, workplaces have decided for work from home opportunities for the employees, theatres are being shut down for time being, shootings are being cancelled. On Sunday, Indian Motion Pictures Producers' Association, Federation of Western India Cine Employees and Indian Film&Television Directors' Association came to a decision to put a halt on the shootings with the effect from March 16 till March 31, 2020. 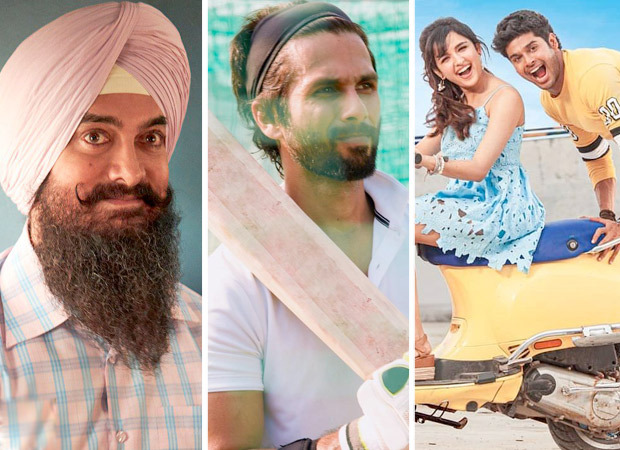 Aamir Khan starrer Laal Singh Chaddha's next schedule has been put on hold for now. The actor completed his shoot on Sunday, March 15. Since the actor has been shooting the film in real locations, it requires him to follow the same protocol for the next schedule too. The next schedule date will be decided on a later date observing the scenario. The film, which stars Kareena Kapoor Khan, is scheduled for Christmas 2020 release.

The shooting for Nikamma starring Abhimanyu Dassani, Shilpa Shetty and debutante Shirley Setia has come to a halt too. The shooting was pre-emptively called off on Saturday ahead of the decision made by several bodies. The 10-day schedule required few scenes to be shot along with the title track of the film. A huge set was erected at Madh Island where the trio was supposed to shoot the title track before Sabbir Khan sent out the message on Saturday that the shoot was called off. The film is almost complete as per the director. Keeping the safety of the actors, cast, and crew, the decision was made. They'll resume shooting once the situation is better. While the film is insured even if there's a monetary loss, Sabbir Khan said that it's his job as director and part producer with Sony Pictures to take the responsibility. The film is scheduled for June 5 release.

Jersey remake starring Shahid Kapoor too has taken a hit. Shahid revealed, "At a time like this it is our social responsibility to do everything in our capacity to curb the spread of this virus. Team #Jersey is suspending shoot so as to enable all unit members to be with their families and in the safety of their homes. Be responsible. Stay safe.❤️"

Aman Gill, the producer of the film, said that the remake is already 70 percent complete. They were in Chandigarh to shoot and were looking at April end wrap up. Keeping the current scenario in mind and how the Coronavirus has spread across the globe, the decision was made to keep everyone safe. The makers will begin work as soon as the situation normalizes. Jersey is set for August 28, 2021.

ALSO READ: Kareena Kapoor Khan’s selfie with a sleeping Aamir Khan is the funniest thing you will see today