Celebrity couple Kourtney Kardashian and Travis Barker have reportedly tied the knot in Las Vegas after attending the Grammys 2022. However, their secret marriage is not legal since the pair did not get a license for the same. 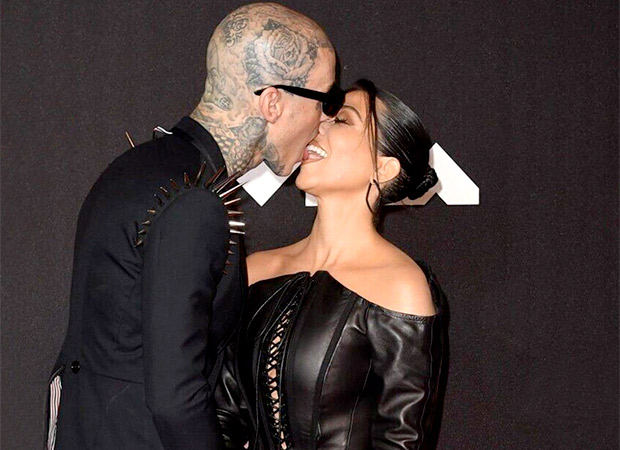 According to People magazine, hours after Blink-182 drummer Travis Barker performed at the 2022 Grammy Awards, he tied the knot with Kourtney Kardashian at a One Love Wedding Chapel and the private ceremony took place at 1:30am as the two reportedly came dressed in the same clothes they wore to the awards. Chapel owner Marty Frierson told the outlet that he didn't know the famous couple was coming until they pulled up. According to Frierson, the couple said Elvis Presley was "mandatory" for the ceremony, and that "they came, got married, tossed the bouquet in the driveway, and danced to Elvis. They showed a lot of love and had a lot of fun."

Kourtney and Barker had announced their engagement in October, eight months after the pair went Instagram official with their highly-publicized relationship. Last February, Kardashian broke the news of her relationship with Barker by sharing an Instagram post of the two holding hands, confirming that the longtime friends were taking their relationship to the next level. Barker had proposed Kourtney at the beach where he had put out a giant red heart with roses. At the time, the couple had shared photos of the whole affair and stated that the engagement was like a ‘dream’ come true.

This marriage marks Kardashian's first marriage, although she shares three children with former boyfriend Scott Disick. Meanwhile, her rocker beau has been married twice before. On the other hand, Travis Barker was married to Melissa Kennedy, before filing for divorce in 2002, and Shanna Moakler with whom he shares a son Landon Asher Barker and a daughter Alabama Luella Barker. He later got divorced in 2008.