We have often seen the great camaraderie between Shahid Kapoor and Ishaan Khatter off the screen but now we will get to see the same on screen. When Ishaan made his debut with Beyond The Clouds and Dhadak, he was often compared to his half-brother Shahid Kapoor, when it comes to dancing and acting. Now we will get a further insight into the lives of the duo and their bond as brothers during one of the upcoming episodes of Koffee With Karan season 6. 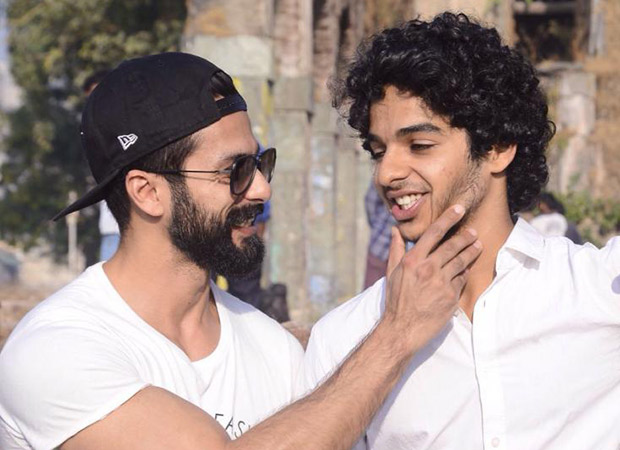 The latest season of Koffee With Karan 6 boasts of bringing some unconventional guests together. And also, one can expect some interesting debuts this season. One amongst them is Ishaan Khatter. The actor initially was expected to arrive on the couch with another debutant and his Dhadak co-star Janhvi Kapoor. But Karan decided against it and thought of showcasing the family ties this time. While Ishaan will be sharing the couch with Shahid, Janhvi Kapoor will be coming with her half-brother Arjun Kapoor. Earlier, Shahid Kapoor has come on the couch with many like Kareena Kapoor Khan, Priyanka Chopra, Sonakshi Sinha, Esha Deol and the recent being his wife Mira Rajput.

This episode is expected to garner interest mainly because Shahid Kapoor and Ishaan Khatter, even though have spoken about each other to the media, have never made an appearance together on national television. Reports also have it that the two actors, who are also marvelous dancers, will be having a dance off of sorts during the show. Wow! That would be a segment worth watching, don’t you think so? These reports state that the episode will be shot by the end of this year, may be in December.

Koffee With Karan season 6, went on air last week with Alia Bhatt and Deepika Padukone as the guests on the first episode. The duo came together to celebrate girl power during the episode and were also quite candid about their respective relationships with Ranbir Kapoor and Ranveer Singh. The forthcoming episode will see a unique combo of Ranveer Singh and Akshay Kumar.