Last Updated 06.07.2022 | 10:37 PM IST
feedback language
follow us on
Bollywood Hungama » News » Bollywood News » Koffee With Karan 6: Sara Ali Khan REVEALS that she wanted to become an actor at the age of 4

She will be one of the rarest debutants, who will have an opportunity to have two releases in the same month! Sara Ali Khan is gearing up for the release of Kedarnath and Simmba simultaneously that will hit the big screens next month. Amidst all the hectic schedules, the actress was also a part of the show Koffee With Karan which is currently in season 6. She was accompanied by her suave Nawab father Saif Ali Khan. While we got to know more about the chirpy Sara, she also had some intriguing revelations to make during the show. 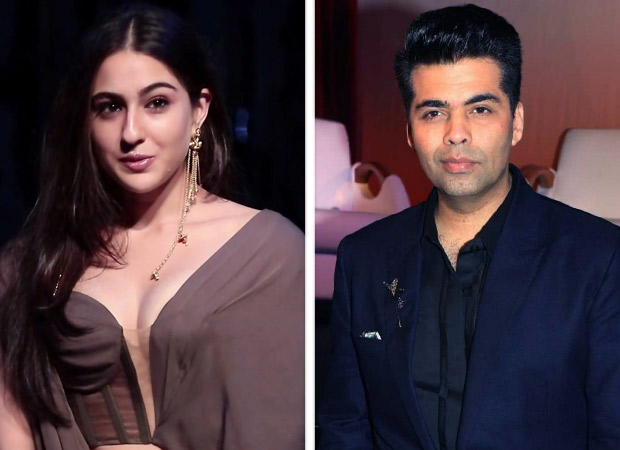 Koffee With Karan 6: Sara Ali Khan REVEALS that she wanted to become an actor at the age of 4

Well, if you have come across the promos of the episode which features Saif Ali Khan and Sara Ali Khan together, you would be aware that there are some fun moments that we are looking forward to. The season 6 of Koffee With Karan boasts of getting together some interesting combination of guests. And this is the first time where we will see the father and daughter sharing their camaraderie on national television. Amidst the hoard of conversation and laughter, we came across an interesting fact that Sara Ali Khan had decided about pursuing an acting career at the age of four.

Saif Ali Khan has reportedly spoken about it during the episode whilst recalling times when his first born had accompanied him to many concerts. He revealed in these reports that Sara came along with him during a world tour. Reminiscing about the concert that happened in Chicago, his little girl was backstage pepping through the curtain and looking at performances. When Aishwarya Rai’s act came, Sara was left mesmerized at the reaction of the crowd and how they were cheering up for the actress. At that time, Sara suddenly turned around and looked at Saif to tell him that this was her world and this is what where she wanted to be. The actor went on to add that in two decades Sara’s dream didn’t change at all.

Sara Ali Khan will make her debut with Kedarnath that features her alongside Sushant Singh Rajput. The film is a romantic drama set against the backdrop of Uttarakhand floods and is expected to release on December 7. On the other hand, Simmba is a remake of the Telugu blockbuster Temper and is produced by Karan Johar alongside Rohit Shetty. The film, starring Ranveer Singh in the lead role, is said to release on December 28.

Also Read: Koffee With Karan 6: ‘All is well’ teases Kajol as she brings Ajay Devgn and Karan Johar face to face