The much-anticipated show Khatron Ke Khiladi 11 premiered this past weekend. The first week was full of twists and turns with a high entertainment quotient. We saw some of the contestants overcoming their fear and performing the daredevil stunts with utmost panache. There were some who couldn't bear the show's format and failed to overcome their fears. One among them is Bigg Boss 14 fame Nikki Tamboli. The actress was seen aborting 3 consecutive stunts as she got physically and mentally exhausted with the creepy crawlies. 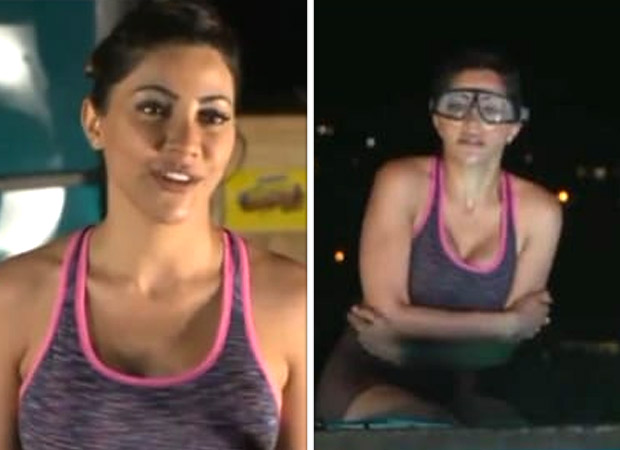 As the episode was heading towards its end, an elimination stunt was performed between Nikki and Vishal. The stunt was based on the water tank filled with catfishes and snakes. Vishal managed to ace the stunt, while Nikki, on the other hand, couldn't overcome her fear and aborted the stunt. It got clear from the stunt that Nikki has been eliminated.However; Rohit Shetty left the decision in the hands of contestants to give Nikki another chance.

The majority of the contestants voted Nikki out and Rohit Shetty said that she did not understand the value of the opportunities which she has got and declared her elimination. Post that, Nikki was shown walking away from the stunt location.