The Sunday episode of KKK 11, began on a fun note with a singing competition between boys and girls, which then followed by Rohit Shetty explaining the tasks to the 'fear fanda' holders who had to perform the same to survive in the show. He shared the first stunt they were going to perform is one of the popular and was last performed in year 2017 for season 8. 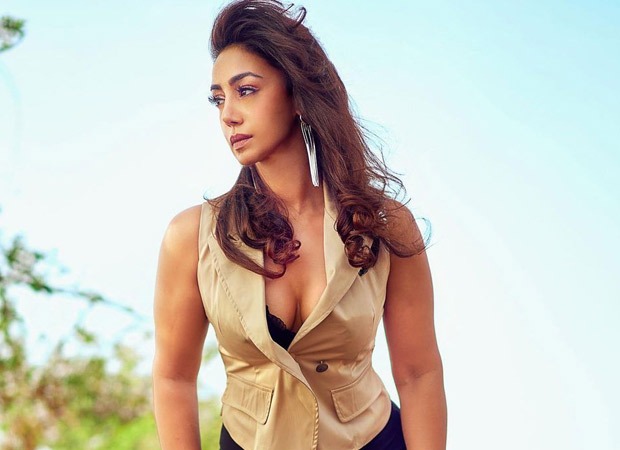 The task involved the contestants going through a tunnel and collecting all 10 flags on their way, which is accompanied by continuous flow of water and wind. When they are done collecting all the flags, they then have to slide into the water. Varun Sood, Anushka Sen and Nikki Tamboli had to perform the stunt in the same order. Vishal Aditya Singh volunteer to do the stunt as Varun's proxy due to some reasons, he collects two flags, while Anushka refuses to perform the task. On the other hand, Nikki collects all 10, making Nikki and Varun safe, while Anushka goes straight into the eliminations.

Second stunt was to be performed by Shweta Tiwari, Abhinav Shukla and Mahek Chahal. Each one of them had to lie down in a box filled with different types of cockroaches and had to transfer only Madagascar cockroaches into another box in the given time. All three of them complete the stunt, but Mahek's number of cockroaches was the least, she gets into the eliminations, joining Anushka. Mahek gives up on the eviction stunt because of her phobia of birds, while Anushka successfully completes it. As a result, Mahek becomes the third contestant to get evicted from the season 11 of the Khatron Ke Khiladi