It seems that Kedarnath, starring Sushant Singh Rajput and Sara Ali Khan, which is a love story set against the backdrop of pilgrimage, has been constantly facing the wrath of Hindu sect groups. Of late, after another group filed a PIL seeking a ban on the film, taking objection to its content for affecting the sentiments of Hindus, the Gujarat High Court decided to take strict action, albeit against the organization. The HC has quashed the plea stating the reason to be frivolous. 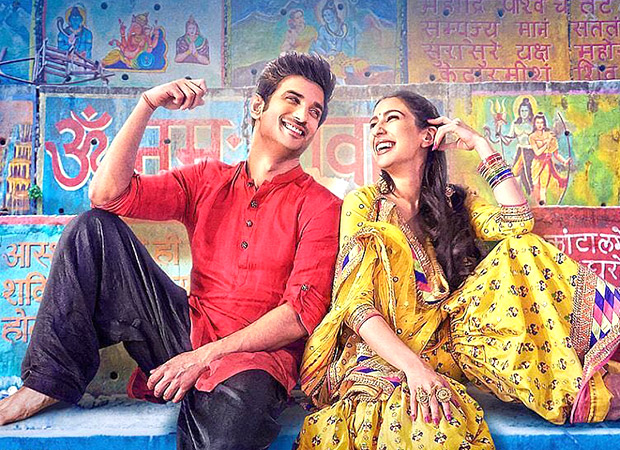 If recent reports are to be believed, the Gujarat High Court uninhibitedly expressed its displeasure against the right-wing group by rejecting the PIL filed by International Hindu Sena. A division bench headed by Acting Chief Justice AS Dave and Justice Biren Vaishnav were of the opinion that PIL sent out a wrong message in the name of Hindutva and owing to the same, they imposed a fine of Rs. 5,000 on the organization.

These reports suggest that the court was angry over the petition since the PIL was lodged and even questioned the credibility of it. Furthermore, questioning the intentions of International Hindu Sena, the court went on to test their knowledge on Vedas, Upanishads and other Hindu scriptures. Apparently, one of the reasons why the court rejected the plea was because they believe that the group has a wrong idea of Hindutva.

Coming to the petition that was filed by the International Hindu Sena, it stated that the film promoted ‘love jihad’ and also because of the kissing scene that was portrayed. The latter faced the wrath of the group as the PIL claimed that it was set against the backdrop of the religious shrine which, according to them, spoils the sanctity of the site.

Kedarnath, directed by Abhishek Kapoor aka Gattu, features Sara Ali Khan as a Hindu girl visiting the religious shrine and Sushant Singh Rajput as a Muslim porter working there. Set against the backdrop of Uttarakhand floods, the film showcases the rough journey of their love story.

No scope of Govinda’s cameo in Varun Dhawan…