Well, we all know that Karan Johar was one of the presenters of Baahubali, especially the Hindi version of both the parts. The film has been etched in the history of Indian cinema forever, for the stupendous response it received across the globe. Now, the filmmaker has decided to invite the lead actors and director of the film, Prabhas, Rana Daggubati and S S Rajamouli on his ongoing show Koffee With Karan 6. 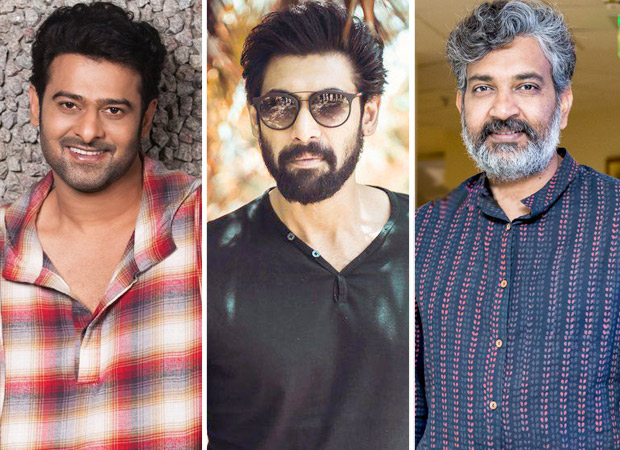 This will be a first of sorts, where the filmmaker-producer has invited personalities from the South industry. While Rana Daggubati has made a fair name in Bollywood with his previous works in Hindi films, Prabhas is yet to make a debut in the industry. The actor will be doing the same in Saaho that features Shraddha Kapoor as the female lead. On the other hand, S S Rajamouli is yet to make his Bollywood debut.

Not surprisingly, while the subject will touch upon Baahubali considering their association with the film, it seems that the show will also reveal some interesting tidbits about the celebs that audiences aren’t aware of. Furthermore, it is also being said that Karan, in his usual style, will ask a few questions about Prabhas’ single status considering the amount of buzz that the ‘conjectures’ about his weddings have created in the past.

We hear that Prabhas decided to come on this show only because of his immense respect towards filmmaker Karan Johar. Fans of the South superstar would be aware that he doesn’t make many appearances on shows and is quite shy that way. But he decided to do it this for his Baahubali co-producer.

It is being said that the episode with the trio of Rana Daggubati, Prabhas and S S Rajamouli is yet to be shot and is expected to be filmed by the end of this month.

Also Read: Koffee With Karan 6: Diljit Dosanjh shuns his modesty, reveals MAKING OUT in car and on fields (watch videos)