Bollywood star Katrina Kaif has emerged as the No. 1 heroine in the country according to the Mood of the Nation survey by India Today. Katrina earned the top spot with a vote share of 7.2%. Standing at second place is Deepika Padukone with 6.8% followed by Priyanka Chopra Joans at 6.3%. Kangana Ranaut and Kareena Kapoor Khan take up the fourth and fifth spot with 4.9 % and 3.6% vote share respectively. 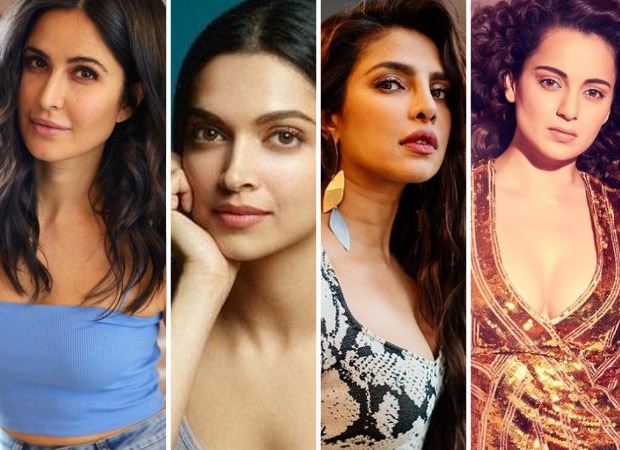 Katrina Kaif is the No. 1 heroine in the country; Deepika Padukone, Priyanka Chopra, Kangana Ranaut follow

Katrina Kaif had a wonderful second half of 2021, both professionally and personally. The actress was part of the blockbuster hit Sooryavanshi which broke post-pandemic records at the box office and helped revive theatre business. On the personal front, she made headlines for her dreamy wedding with actor Vicky Kaushal. On the work front, she has been shooting for Tiger 3 with Salman Khan and Merry Christmas with Vijay Sethupathi. She also has Phone Bhoot in the pipeline along with Jee Le Zaraa with Alia Bhatt and Priyanka Chopra and an out-and-out action film Super Soldier.

Deepika Padukone has earned the second spot despite not being seen on the screen in a full-fledged role in the past two years. She was last seen in a cameo role in Kabir Khan's 83 on which she was also served as co-producer. She will next be seen in the film Gehraiyaan which deals with the topic of infidelity.

Priyanka Chopra Jonas who has gone global with her career is very much rooted and her popularity speaks volume. Last seen in The Matrix Resurrections, Priyanka will next be seen in Bollywood in the film Jee Le Zaraa with Alia and Katrina. Kangana Ranaut, who is busy weaving her own path, will be seen in Tejas and Dhaakad and is also busy with her production Tiku Weds Sheru and her upcoming directorial which is based on the life of former Prime Minister Indira Gandhi.

At fifth spot is Kareena Kapoor Khan, who has been dominating the film industry for over two decades now with her charm. The actress will next be seen in the film Laal Singh Chaddha opposite Aamir Khan.