Actors Kareena Kapoor Khan and Sonam Kapoor Ahuja recently had a screen reunion on the dance reality show Dance India Dance. While Kareena is one of the judges on the show, Sonam was there to promote her upcoming film The Zoya Factor along with co-star Dulquer Salmaan. The two actresses were last seen together on screen for the 2018 film Veere Di Wedding. 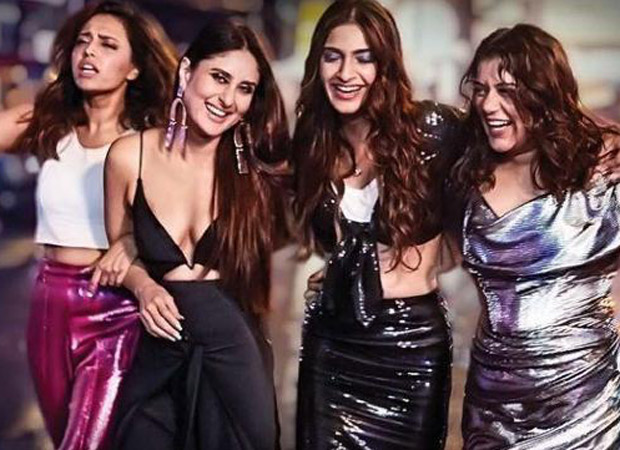 The two actresses are not just colleagues but share a great friendship. Kareena and Sonam are often spotted together with their girl gang when they are not busy shooting. On the show, Kareena Kapoor while talking about Sonam Kapoor and working on Veere Di Wedding said, “She is a caring, soft-hearted and thoughtful girl. We had a blast shooting on the set. It is the only reason we want to do Veere Di Wedding 2.”

Kareena Kapoor took the opportunity to announce that Veere Di Wedding 2 will soon be made. Veere Di Wedding that released in 2018 is the story of four friends who walk together on the path of self-discovery after they arrive to attend the wedding of one of them. Apart from Kareena and Sonam, the film also stars Swara Bhasker and Shikha Talsania. The film was directed by Shashanka Ghosh and co-produced by Rhea Kapoor.

Also Read: Kareena Kapoor Khan is a sight to behold on the cover of Asiana International Magazine