Alia Bhatt is one of the most lauded new-age actresses in the industry. She recently took to her Instagram to announce that she will become the face of Mohey Fashions, which was earlier endorsed by Anushka Sharma with Virat Kohli for Manyavar. As of now, Kartik Aaryan has been roped in to be the new face of Manyavar while Alia will be the face for Mohey Fashions. 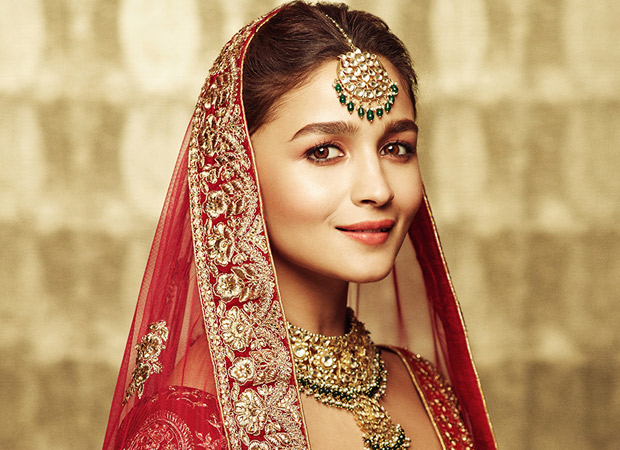 She posted a couple of pictures in a full-fledged bridal look wearing a cherry red lehenga with the caption, “#DulhanWaliFeeling ????‍♀ Super excited to be the face of @moheyfashion.. Here’s to new beginnings and beautiful lehengas ????????✨”

#DulhanWaliFeeling ????‍♀ Super excited to be the face of @moheyfashion.. Here's to new beginnings and beautiful lehengas ????????✨

Meanwhile, fans of Alia Bhatt and Ranbir Kapoor have circulated an image where Alia can be seen getting married to Ranbir Kapoor. In the original ad, model-actor Kunal Thakur is seen acting as Alia Bhatt’s groom. The image went viral on social media since the fans have been waiting for the wedding news for a while now.

Also Read: This image of Ranbir Kapoor and Alia Bhatt’s wedding is going viral and it is sending fans into frenzy