Last week Karan Johar's Dharma Productions announced a full-on entertaining Govinda Naam Mera with Vicky Kaushal in the lead role. The Shashank Khaitan directorial that also stars Bhumi Pednekar and Kiara Advani is the reworked version of Shashank's Mr. Lele and will release in theatres on 10th June next year. Now, Bollywood Hungama has learnt that Dharma Productions is collaborating with Vicky Kaushal for one more project. 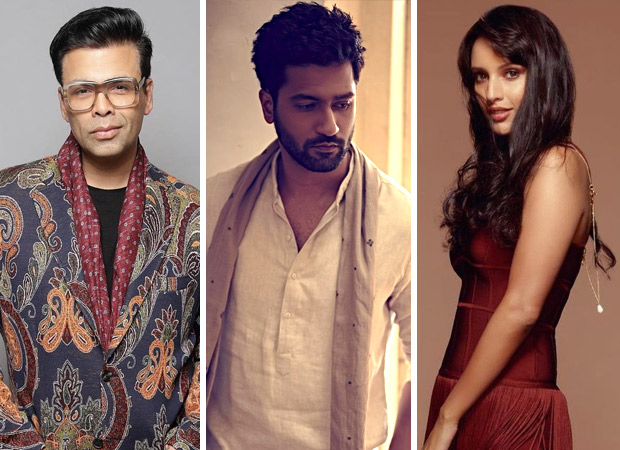 Industry sources have revealed to Bollywood Hungama that Karan Johar has signed Vicky Kaushal for yet another romantic comedy. The yet-untitled film will apparently see the Udham Singh actor sporting a new look of a lover boy while Laila Majnu and Bulbbul actress Tripti Dimri will play the leading lady. The film has been in development for the past few months and is being widely discussed in the trade for its fresh pairing. Love Per Square Foot (2018) and Bandish Bandits fame Anand Tiwari will direct and co-produce it under his banner Still & Still Media Collective.

Vicky and Tripti are supposed to start shooting for this film in February next year. The director Anand Tiwari is currently busy with the production of his Amazon Prime Video film with Madhuri Dixit and will dive into this preparation only after finishing his current assignment. Vicky is also expected to finish Laxman Utekar's film with Sara Ali Khan by then. He will head to Ronnie Screwvala and Meghna Gulzar's highly-anticipated, long-in-the-development Sam Bahadur only mid-next year.

Meanwhile, Vicky Kaushal is gearing up for release of three films next year. The actor will next be seen in Yash Raj Films' yet-untitled family drama with Manushi Chillar which will be followed by Shashank Khaitan's Govinda Naam Mera, and Dinesh Vijan's rom-com with Sara Ali Khan. Tripti Dimri, on the other hand, has Netflix film Qala with Babil I. Khan, and Animal with Ranbir Kapoor lined up in her slate. She is also doing one more film for Dharma Productions that will be directed by Anubhuti Kashyap and pair her opposite Ishaan Khatter.