Ajay Devgn is already doing two films with Luv Ranjan. One is De De Pyaar De which is already on floors and has Luv producing it. The other is the first time collaboration of Ajay Devgn with Ranbir Kapoor which will be directed by Ranjan. Now after the two of them, the actor is all set to join hands with the filmmaker for the third time. While the duo will be producing it, the film is expected to be directed by Hansal Mehta. 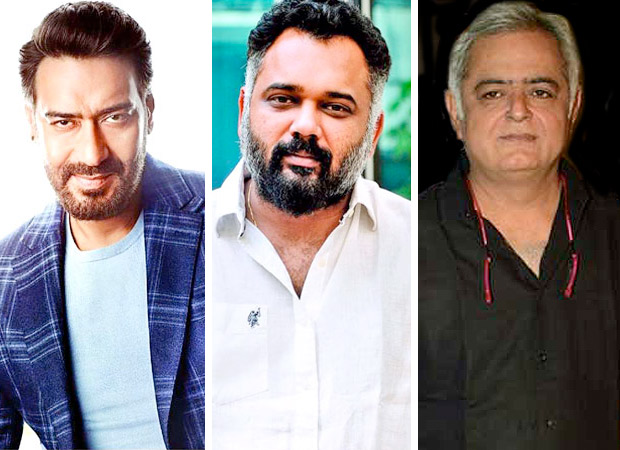 Further details on the said untitled film are yet to be locked. If recent reports are to be believed the film is expected to be a light hearted comedy, a genre that is rarely explored by Hansal Mehta. In fact, we hear that the director has already started prep for the same despite that the film is currently in the discussion stage. While the initial formalities are done, the cast will be finalized soon. Reports suggest that the film will go on floor by the end of this year.

Ajay Devgn has been concentrating on the acting and production front simultaneously these days. Amidst his busy schedule of shooting De De Pyaar De that also stars Rakul Preet Singh and Tabu, Ajay is also focusing on his other productions which include his actress-wife Kajol starrer Helicopter Eela. The actor has also ventured into regional cinema with Aapla Manus being one of his first production in Marathi and he has taken his name internationally with the female-oriented social drama Parched.

When it comes to Hansal Mehta, the filmmaker last directed Omerta. Hansal will be joining hands with his favourite hero Rajkummar Rao, who has played his leading man in films like Shahid, Aligarh, City Lights and Omerta, for yet another film Swagat Hain. The film will once again deal with social issues like threat to freedom of expression, and exploitation of women amongst others.