The Tara Sharma Show Season 5 has been receiving praises from both fans and the industry. Having a variety of guests from various walks of life the very inspirational talk show has had some amazing guests so far and the latest to join host Tara Sharma Saluja was actress Kalki Koechlin. One a mother-to-be and one a mother of two had an amazing interaction throughout the episode. 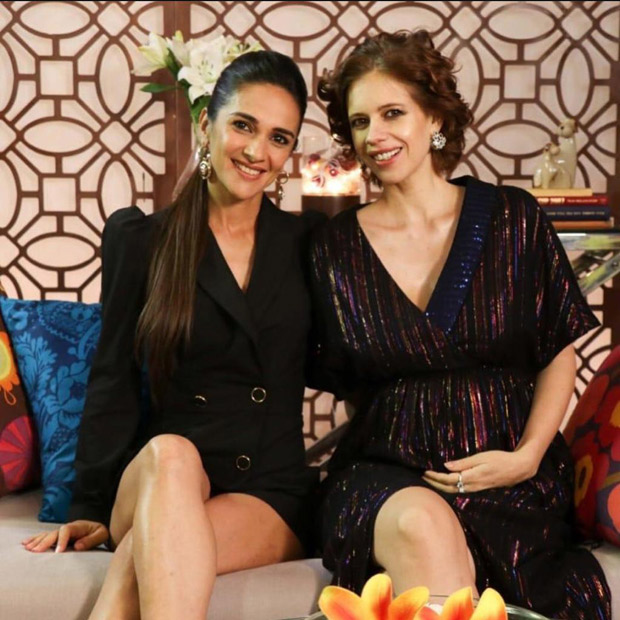 While both the ladies were seen talking about a lot of things, the highlight was to see a pregnant Kalki Koechlin chat about motherhood and pregnancy with Tara. While both the gorgeous ladies discussed being multi-cultural, Tara also asked Kalki if she would be doing things like her parents did. Sharing her views on the same, Kalki said, “There are good things and bad things, I am going to pick some from my parents, and not take others. What I love is they have been very organic in terms of the community we grew up in, in Pondicherry. My mom had a natural birth at home, there was no epidural. I am also having a natural birth in a clinic, and will have the option of medicine if it’s needed.”

Tara also pointed out that even though it’s painful, it is all worth it. Later, Kalki took some honest advice from Tara who is a mother of two, when Tara shared her birthing experience. And though it was very beautiful to see the two mothers share their experiences, Kalki also gave a very good suggestion to all the expecting mothers and their families when she said, “I have been through so many tough parts and I feel like men are so clueless about it. If you are a partner or family member find out some of these things. My first trimester was a lot of vomiting, weakness and I was really not in good shape. So people in a pregnant woman’s life should have some information on all of that.”

Sharing her experience of being in a conversation with Kalki Koechlin, Tara says, “Kalki and I chatted about lots of fun and meaningful things. Her pregnancy, celebrating differences, climate change, saving the planet and more.”