Sanjay Dutt is all set to play a patriarch in the Abhishek Varman directed Kalank. His love interest is none other than Madhuri Dixit. The announcement of this casting itself had caused lot of tongues to wag because of all the history between these two 90s superstars. To those who don’t know, Sanjay and Madhuri were one of the most loved on screen couples and were even reportedly dating and set to get married to, before Sanjay Dutt was arrested. But all of that is now in past because both have come a long way since then. Sanjay Dutt spoke to media recently and said that it is great that he could work with Madhuri after about 21 years only to see that she has ‘grown’ as an actor. 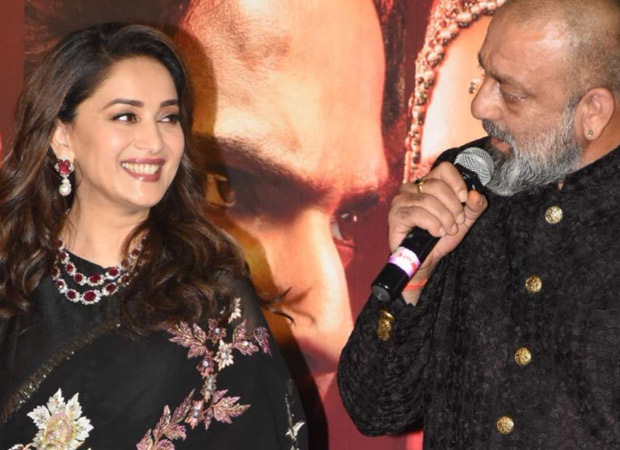 He said that their inter-personal relationship has matured now and so has their performances. He said that he likes it how she contains herself on screen. At the teaser launch he even said, “It was wonderful just to be with Madhuri and to perform again, I mean it was amazing. We got this particular dramatic scene together. She has always been that powerful actor and now she has kind of evolved, grown in time as a great actor."

Madhuri also said that it was fate that brought these two together. She said at the teaser launch, “It was fate. We were meant to work together. All these actors are great at what they do. Sanjay sir has always been great. These characters are really grounded and have great back stories. The kind of experiences they have had and the way the lives of all these characters are intertwined is really interesting."