Today morning, Kajol took to her social media handles to unveil an intriguing teaser of Tribhanga, her next film. The film will be released on January 15 only on Netflix. 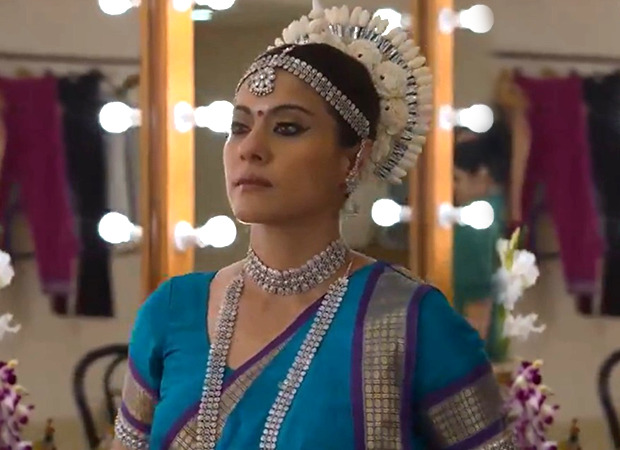 The 20-second teaser of the film shows an array of emotions that Kajol's character goes through. The actress is seen as an Odissi dancer in the film. The film also stars Mithila Palkar and Tanvi Azmi in pivotal roles. Sharing the teaser, Kajol wrote, "Tribhanga, matlab, tedhi, medhi, crazy, but sexy. #Tribhanga, premieres 15 January, only on Netflix.”

Renuka Shahane who has directed the film, took to Twitter to share the video and thanked all three actresses for putting their soul into the film. "Dear Kajol,Tanvi, Mithila. Or should I say dear Anu, Nayan,Masha,to whom you've given your flesh, blood, vulnerability, strength, tears & laughter, making them more than I had imagined. A big thank you @itsKajolD @tanviazmi @mipalkar the heart, core & soul of Tribhanga.”

Tribhanga is a dysfunctional family drama that stars Kajol in the lead role. Mithila Palkar, Tanvi Azmi, and Kunaal Roy Kapoor will be seen in pivotal roles in the film. The film is directed and written by veteran actress Renuka Shahane. Ajay Devgn Films is the producer along with Bannijay Asia and Alchemy Productions.

A drama set in Mumbai, Tribhanga weaves a complex tale that goes back and forth through three generations of the same family, from the late 1980s to the modern-day. The heart-warming storyline looks at the importance of family in everyday lives.

ALSO READ: Kajol has a funny take on the year 2020 and we can all relate