Considering the massive hype around the Dharma Production film Jugjugg Jeeyo, it wouldn’t be wrong to say that the film already has immense curiosity surrounding it. With the makers also attempting to try new promotional strategies and with the hook step of ‘The Punjaban song’ going viral, fans are eagerly awaiting its release. Now adding to that, the makers are all set to give a new treat for their fans by opening the bookings for the film ticket a week prior to its release. 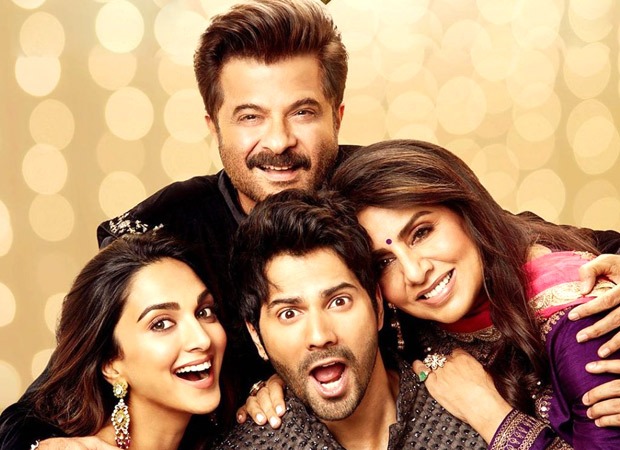 As per recent reports, the advance booking of Jugjugg Jeeyo has been started a week prior, a move which has been used by many filmmakers of late. Another release, Bhool Bhulaiyaa 2 followed a similar pattern and its advance booking collections made it easy for box office analysts to predict the response that the film would get in its initial stages. While the success of Bhool Bhulaiyaa 2 went on to make and break records in comparison to many earlier blockbusters and to earn the title of the biggest hit post the pandemic, it remains to be seen if Jugjugg Jeeyo can live up to the expectations set by the Kartik Aaryan starrer.

Directed by Raj Mehta, the trailer of Jugjugg Jeeyo was launched with much fanfare across three different cities. Even for promotions, the cast has been touring across the country and attending reality shows for the film. Speaking about the film, it will feature Anil Kapoor and Neetu Kapoor as husband and wife, whereas Varun Dhawan and influencer Prajakta Koli play the role of their kids. While Varun is married to Kiara Advani in the film, the couple is on the verge of divorce. On the other hand, Maniesh Paul plays the role of Kiara’s brother. The trailer of the film garnered ample attention for its comedy and commercial elements.

Produced by Karan Johar, under the banner Dharma Productions, the family entertainer is expected to hit the big screens on June 24.