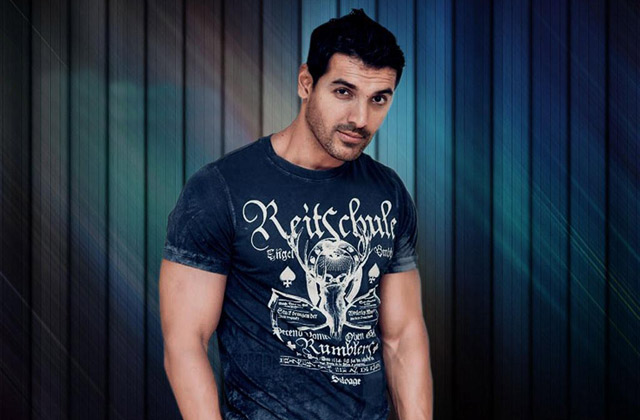 A day ago, John Abraham came together with co-stars Sonakshi Sinha and Tahir Raj Bhasin of Mardaani fame for the trailer launch of their upcoming action packed drama Force 2. Amidst the fan chaos and the presence of media, an incident left John Abraham miffed which further also resulted in the actor being accused of slapping a fan.

Sources present at the event claim that whilst John Abraham was heading towards his car after the launch, in a bid to catch a glimpse of the star as well as click a selfie, the actor was grabbed by one of his fans. Upset with it, an angry John allegedly slapped him publically. It was further being said that the actor even threatened a photographer who tried to capture the incident.

However, there is also another version to the story. Apparently, the die-hard fan went a little overboard and not only grabbed the actor’s t-shirt but also scratched him. Reacting immediately, John apparently pulled the fan for his irresponsible behavior but there was no mention about the actor slapping his fan. It has also been learnt that after the incident, some of these fans approached John at his residence and sorted matters out. The actor not only listened to them attentively but even obliged when he was asked for selfies.

When contacted clarified John Abraham's spokesperson, "The episode has been blown out of proportion. John would never hurt a fan intentionally. The fan even met John at his residence to apologize to him for his irresponsible behavior.”