Janhvi Kapoor made her debut in 2018 with the film Dhadak. Now, the actress is all set to bring a brave new story to the big screen with the biopic Gunjan Saxena: The Kargil Girl. The actress recently wrapped the shoot of the film with an emotional scene. 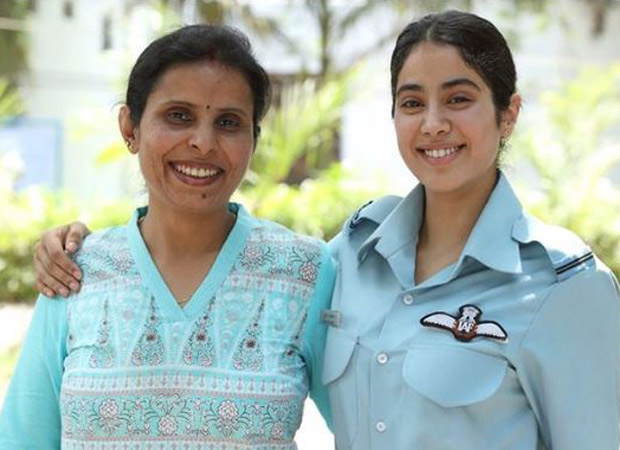 As per reports, the team had constructed a set in an open ground in Dahisar. While the team has shot several action-packed sequences in the country and in Georgia, they wrapped up the film with an emotional scene between Janhvi and her on-screen brother Angad Bedi. Reportedly, the two actors share a great bond on and off the screen. In the scene, Angad is seen giving a pep talk to Janhvi before she takes off to the warzone.

A few months ago, the makers had released a few posters from the film which highlighted the various important stages in Gunjan Saxena’s life, including her dream of becoming a pilot and the bond she shares with her father.

The film, based on one of the country’s first woman IAF pilot who evacuated injured soldiers from Kargil in 1999, will see Janhvi put on the air force uniform and go into battle in this thrilling and true story. The Karan Johar backed film also features Pankaj Tripathi and Angad Bedi is on its last day of the shoot. Directed by Sharan Sharma the film is slated to release on March 13, 2020.

Also Read: Here’s what Janhvi Kapoor would become if she didn’t join Bollywood