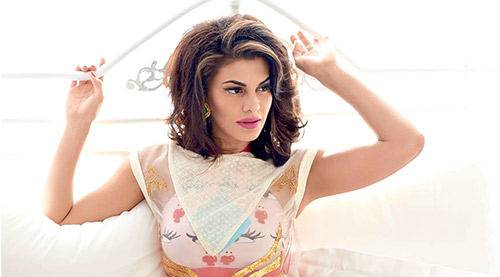 Known for working towards several social causes, Jacqueline Fernandez has now taken a step further for an initiative that works towards the development of women. The actress recently starred in a music video which is the remake of the popular Spice Girls track 'Wannabe'.

The said song video titled '#WhatIReallyReallyWant' that focus on girls and women all across the world was showcased at the Cannes Lions International Festival of Creativity in association with Getty Images and SAWA, the global cinema advertising association. This said campaign is a part of Project Everyone, the first Global Goals campaign for girls and women. The new video, that has the track 'Wannabe' used from Spice Girls, is said to resonate with the voices of contemporary girls and women and dealing with their current goals that they want to achieve. Jacqueline expressed her pride to be associated with this campaign and added that people need to strive to create a safer environment for women, educate girl children and also work towards ending violence against them.

Directed by M J Delaney and produced by Moxie Picture, the said film stars actors from all across the world including Nigeria, Britain and the US and is slated to go online in July 2016 on the official YouTube channel of Global Goals as well as SAWA.