South Korean actress and singer IU, real name Kim Ji Eun, has been announced as the global brand ambassador for Gucci. The actress attended Cannes Film Festival 2022 for her movie Broker where she wore the brand's outfit for the red carpets 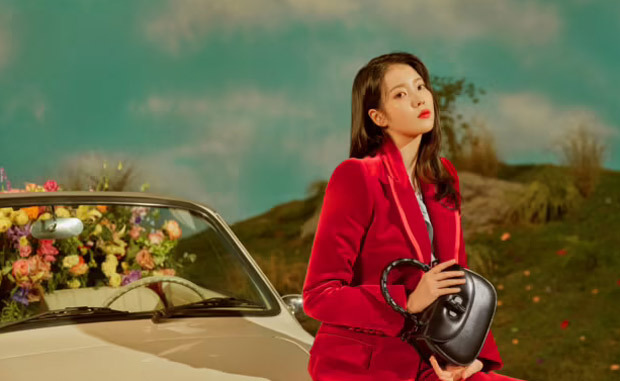 On May 30, Gucci shared a photo of IU on the red carpet and captioned the post, “Global Brand Ambassador IU was captured at the 75th Annual Cannes Film Festival wearing a Gucci gown with lace rebrodé petal details on the cuffs, as well as sequin flowers and crystal embellishments on the skirt.”

According to the website, "IU wears key looks from the Aria collection while highlighting distinctive styles including the Jackie 1961 embellished with colorful geometric patterns, and the Gucci Diana and boots featuring a maxi GG monogram, all part of this year’s Gucci Gift selection. Bamboo handle bags in various colors and materials take center stage alongside other accessories and ready-to-wear round out the selection of gift ideas for everyone’s holiday wish list."

IU has the brand ambassador of Gucci since 2020 but announced as a global brand ambassador by the brand itself on May 30, 2022. She becomes the fourth Korean star to be with the grand after EXO singer Kai, actors Shin Min Ah and Lee Jung Jae.

IU will be seen in Broker, which waswas nominated for the Palme d’Or at 75th Cannes Film Festival.