The IPL 2018, that seems to have started on a smooth note, has a new controversy brewing up in media reports. It is being said that the co-owner of the team Kings XI Punjab Preity Zinta and the team coach, Virendra Sehwag were at loggerheads after the team’s defeat against Rajasthan Royals. If these reports are to be believed, it is being said that Virendra Sehwag may be replaced in the next season. 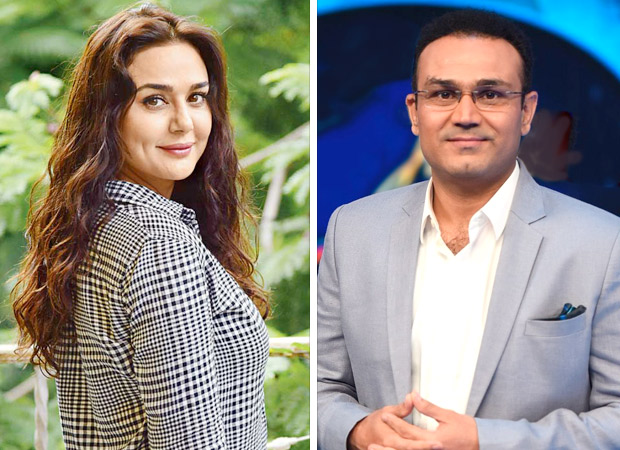 It has been learnt that Preity Zinta was completely irked after Kings XI Punjab lost badly against Rajasthan Royals as they were unsuccessful in achieving a mere target of 158 runs. The actress, allegedly, slammed Virendra Sehwag and questioned his decisions as a coach. It is a known fact that a skipper like Sehwag precedes a great reputation with triple hundreds in his name. So, when he was continuously blamed by Zinta for losing the match, he reportedly tried to reason with her on the same.

Reports claim that, in the past too, Virendra Sehwag has faced issues due to Preity’s interfering nature in the job. Sources close to the skipper have been quoted commenting that like the way Sehwag doesn’t comment on Preity’s acting skills, she too should refrain from questioning his cricket acumen.

As for the people connected with the franchise, according to reports, they have maintained that there was no fight between Preity Zinta and Virendra Sehwag. And they have dismissed the incident by adding that it was a mere discussion between the owner and the team mentor. Yet, it has been learnt from these reports that the source close to the franchise mentioned that Preity was quite upset by the end of discussion.

As for another co-owner Mohit Burman, he is said to have underplayed the incident. He was quoted in these reports maintaining that there has been no problem and that he has spoken to Virendra and Preity too.

This is not the first time where Kings XI Punjab match has ended in a controversy. Many scandals such as Preity Zinta accusing co-owner and former beau Ness Wadia of molestation, the actress threatening of firing the earlier coach Sanjay Bangar etc. have been a part of reports.

Also Read: Bhaiaji Superhit is back! This new poster with Sunny Deol, Preity Zinta and Ameesha Patel is colourful and quirky