Salman Khan and Alia Bhatt’s Inshallah is all set to roll and we have some really interesting details about the movie and the plot. Sanjay Leela Bhansali is set to cast Salman and Alia in a love story and well, the two will have a romantic equation in the movie despite their huge age gap. According to the reports, Salman will play a business man in his mid 40s. It is touted that his character is inspired from his 1997 rom com Jab Pyaar Kisi Se Hota Hain. 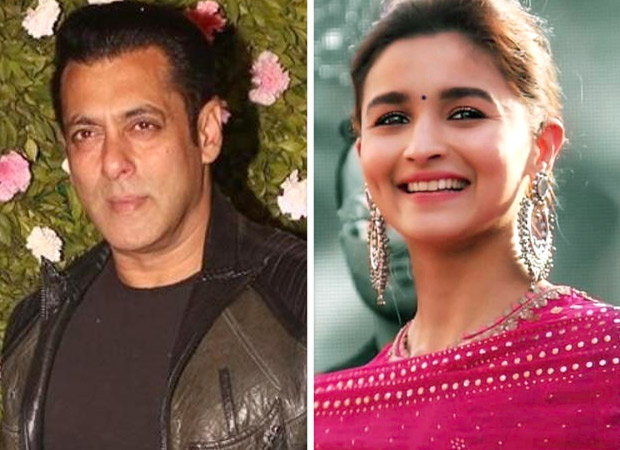 Alia will play her age too and their real life age difference will be a part of the plot. Now, trust SLB to give us an interesting story with mind blowing performances! By he looks of it, the movie will be a departure from the intense, dark drama which has become his characteristic feature.

Sanjay Leela Bhansali will shoot a portion of Inshallah in Varanasi by the banks of river Ganges and the other half will be shot in the United States Of America. SLB’s team did a lot of research and were contemplating on shooting the movie in Hardiwar, Rishikesh and Varanasi before zeroing down their final location.

Alia Bhatt and Salman Khan will be paired together for the first time and it has created a lot of buzz for the project. More than anything else, this is Salman’s first film in many years with SLB. He will wrap Dabangg 3 up and start work on this project. Alia who is busy with SS Rajamouli’s RRR, her first maiden South project will also be shooting for Sadak 2 before starting Inshallah.

Also Read: Kangana Ranaut’s sister Rangoli Chandel lashes out at Randeep Hooda for coming out in support of Alia Bhatt