The worst is over for the lately-beleaguered Roshan family. The storm that had lately blown into Rakesh Roshans’ idyllic home seems to be dying down. According to a very close friend of the family, Rakesh Roshan’s daughter Sunaina has made peace with her family. “They have finally done what any family in a crisis needs to do. They sat and talked it out without outside intervention. Today, Guddu (Rakesh Roshan) is going through a health crisis. The entire family needs to look after him. Instead he was thrown into a whirlpool of accusations and counter-accusations. This was really sad,” says the friend. 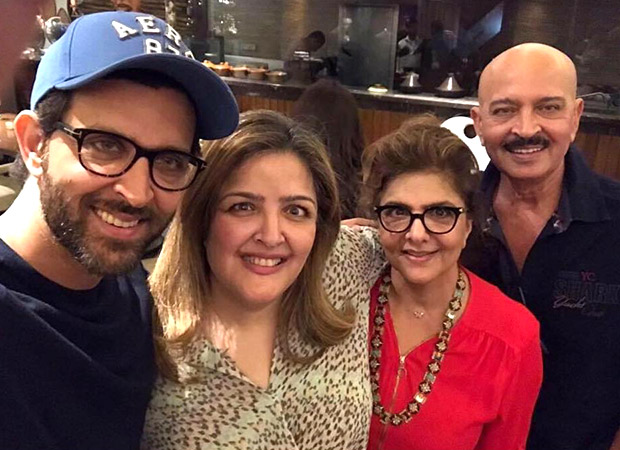 Apparently, the Roshans are contemplating legal action against those television channels which went all-out to prove that they were against their daughter’s choice of life partner because of his religious beliefs. Says the friend, “This was clearly a set-up. Some elements were behind this smearing campaign to prove the Roshans to be anti-Muslim, which they clearly are not. One only needs to speak to Guddu’s samdhi (son’s father-in-law) Sanjay Khan to know how secular Guddu is.”

The friend says the Roshan family knows who is behind this. “Why only the Roshans, the whole world knows how the family has been chased down. Sunaina’s stress was made worse by the blatant interference of outsiders who exploited the family crisis for their own benefit,” says the family friend.

Apparently, the son of the family Hrithik Roshan has played a big hand in bringing a rapprochement between Sunaina and her parents. Says the family friend, “All said and done, Sunaina dotes on her brother. And she would do nothing to hurt him. All Duggu (Hrithik’s nickname) had to do was sit her down and tell Sunaina how much her behaviour was affecting their family, and she saw his point of view.”

While we breathe a sigh of relief for the end of the public tamasha that the Roshans’ life had become, we also advise the more inquisitive elements of the media to show more respect for the private space. A star, at the end of the day, is also a human being. If we now see Hrithik Roshan beaming at media events to promote his new film Super 30, it is because he is a happy son and a dutiful brother.

OTT hit C U Soon to be made into a big…