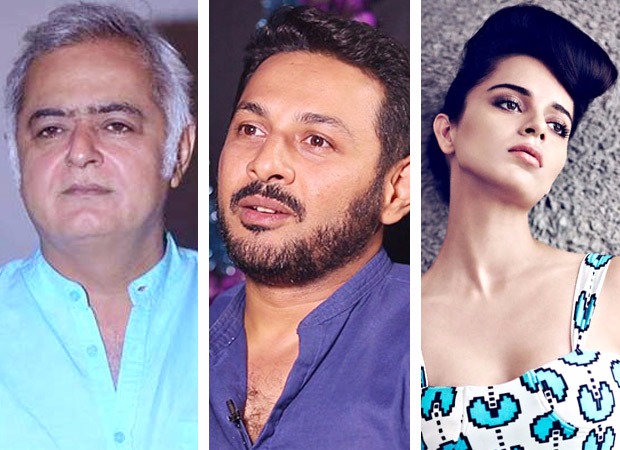 It's a rollercoaster of drama in the film industry right now. It has been three days since Simran writer Apurva Asrani called out Kangna Ranaut and filmmaker Hansal Mehta over diluting his writing credit and giving a co-writer credit to Kangna in the film.

In case you haven’t followed it, Simran writer Apurva Asrani wrote a very detailed post accusing Kangna Ranaut of arm-twisting her way into getting a co-writer credit in the film. Not only that, he also called out director Hansal Mehta and called him spineless. While this was unfolding, in a recent twist, Apurva Asrani himself was accused of stealing the writing credit from another writer named Sameer Gautam for the film Shahid. In an elaborate post, Sameer claimed that Apurva made it a point to get a screenwriter credit and Hansal Mehta was in dilemma about it as Apurva was just the editor on the film.

Hansal Mehta has finally responded to all the allegations made by Apurva Asrani. In a post, Hansal finally opened up about the Simran row and said that he is not bothered by someone who is desperate to seek attention and gain sympathy.

Here's what he wrote:

"Yes, I am guilty. Guilty of crediting individuals who contribute to making my films very special to many of us. Yes, I will be guilty. Not once more. But a thousand times over. Call me names, as many names as you want. But in your desperation to seek attention and gain sympathy do not try to harm my film. My spine is whatever it is, weak or strong, it is only for my film and nothing else. If I chose not to speak it is for my film. And when I do speak it will only be in the service of my film, not driven by any blackmail or any noise on social media where dignity is perceived as weakness and conversation is replaced by the allegation. I don't owe anybody an explanation exception those colleagues who work with love, respect and are genuine stakeholders in our efforts to make films. And some free advice to those who jump the gun just to be relevant- go get a life. Do some work what you can genuinely own. Endure the pain that comes with making an entire film and make that journey on your own. Then, go give yourself all the credits in the world."

Apurva Asrani responded on Hansal Mehta's post saying, “If only he mentioned ‘the truth’ as many times as he has mentioned ‘MY film’, he wouldn’t have found himself in this degrading situation.”