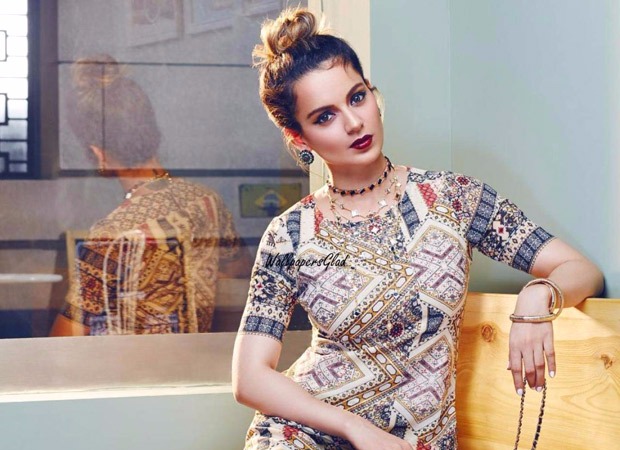 Kangna Ranaut might be surrounded with a lot of controversies. But, that doesn't stop this ambitious actress who is all set to make her directorial debut next year. It doesn’t end here. The actress is all set to change her entire look for the film.

Kangna Ranaut is all set to play the role of an 80-year old woman in her directorial debut. The film titled Teju is a light-hearted story about a woman on the threshold of death but is still not ready to give up and leave the world. Speaking about the character, Kangna said that Teju is a warm, vibrant woman who is full of life and doesn't want to feel old at all.

Kangna Ranaut asserted that she grew up in the presence of her great grandparents. By the time she was a toddler, they were already their 80s. So, talking about the film, she said that it will be inspired by someone she knew and loved dearly. The film will be more about how a woman is living her life to the fullest and the essence of existence.

Hailing from Himachal Pradesh herself, Kangna Ranaut will give a glimpse into her own life before she joined the film industry through this film. She added that the film will showcase Himachal life and culture through her film which has not been explored in the films yet. She will be producing the film under her newly launched production company, Manikarnika Films, which is a joint collaboration with Shailesh Singh. Teju will roll out in December 2017 and is targeting a 2018-end release.