American singer Halsey (Ashely Frangipane) is set to begin next year with the release of her third studio album, 'Manic'. It is easily one of the most awaited albums of the year since the singer has truly had a successful 2019. On Tuesday, the 25-year-old singer shared the track list of her upcoming album and it has some major collaborations with music producer Min Yoongi aka Suga of the band BTS, Alanis Morissette and Dominic Fike. 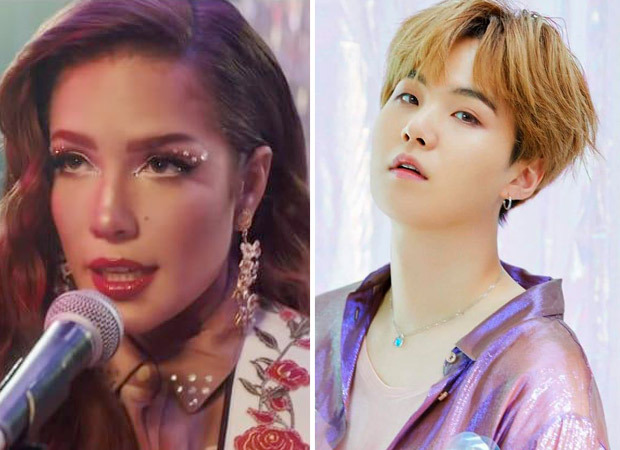 On Friday, the singer released two new tracks from her upcoming album - 'Suga's Interlude' and 'Finally // Beautiful Stranger'. Halsey had collaborated with BTS back in April on band's title track 'Boy With Luv' from their mini album Map Of The Soul: Persona. This time Suga features in Halsey's album and interlude is truly a blend of two cultures. Halsey opens the track with her melodious voice but it's Suga's rap in Korean captures attention which is calming yet reflects on his own journey where he talks about dreaming big and taking a leap of faith to achieve it. One verse goes "Before the sun rises, the dawn is dark more than anything."

Halsey's next track is acoustic 'Finally // Beautiful Stranger' for which she revealed a music video too. The video begins with Halsey playing her guitar in a closed club while flashes between scene where she is singing in front of an audience.