Bruna Abdullah, who is known for Bollywood films like Grand Masti, Jai Ho, I Hate Luv Storys amongst others, has been keeping a low profile. Now, the actress recently revealed to reports that she is welcoming a baby! Bruna is engaged to Allan Fraser and has often shared posts with him on social media. The couple decided to welcome their first baby and Bruna expressed her excitement in recent reports. 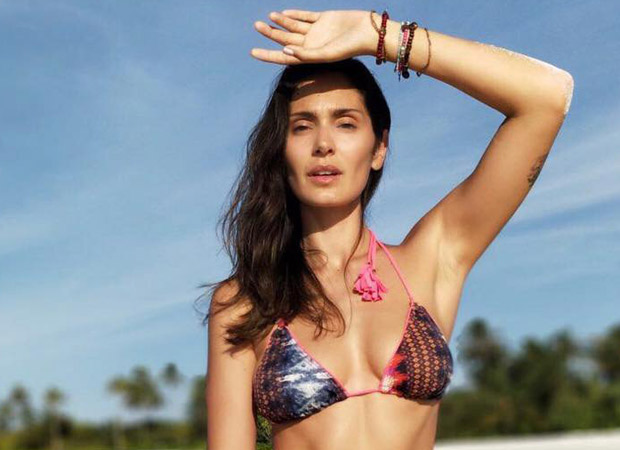 Bruna Abdullah and Allan Fraser are yet to tie the knot and a marriage may be on the cards soon. While the model turned actress has maintained that they will be planning something soon, she hasn’t divulged any details on the wedding. Bruna, at the same time, also clarified that they, as a couple, are completely settled and ready to welcome the baby. She also spoke about keeping the pregnancy under wraps wherein she mentioned that she didn’t want anyone to think that she won’t work because she is pregnant.

Speaking about her work commitments, Bruna stated that she had dance shows and other commitments that she wanted to wrap up when she found out that she is pregnant. She kept it under wraps until she finished all the commitments. She also revealed that she continued to dance till four months and that it kept her healthy and fit. While she isn’t allowed to do it anymore as she is 22 weeks now, the actress mentioned that she is now completely prepping for the arrival of her first born.

On the other hand, Bruna Abdullah also asserted that she would continue to work even post motherhood. Although she did mention that she will be spending every waking moment with her little one, she will also be simultaneously be dedicating her time to the gym so that she can get back in shape and resume work soon.