In 2018, the world was introduced to the magic of Cuckoo which was brought alive on the screen by actress Kubbra Sait. One might have not noticed her limited screen appearance in big films like Sultan and Ready. However, her persistence got her the Sacred Games and now she along with Sartaj is back for Jawaani Jaaneman. Kubbra Sait is now all set to play a character,  as she would like to put ‘ hot and pretty’ in the film being headlined by Saif Ali Khan, Tabu and debutante Alaya F. In an exclusive conversation with Bollywood Hungama, Kubbra Sait opened up about Jawaani Jaaneman and working with Saif Ali Khan. 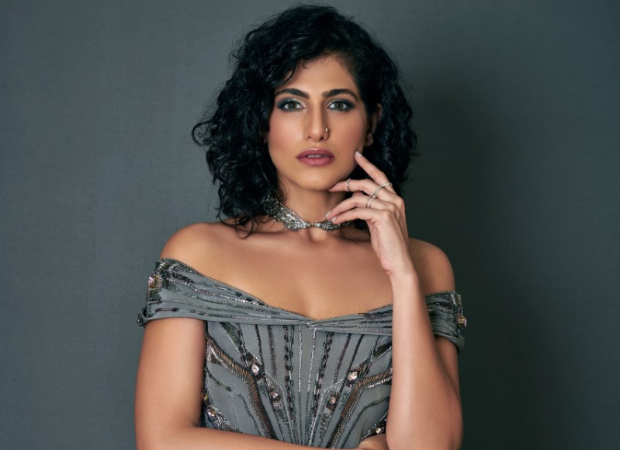 Kubbra and Saif Ali Khan previously worked on the web series Sacred Games, though they did not share screen in the Netflix original series. However, her performance not only impressed the audience but looks like Saif Ali Khan also took notice. Talking about landing the role of Saif's confidante in Jawaani Jaaneman, Kubbra said, "I got this without an audition. I got a narration. Much later I found out that I was recommended by Saif. So, once Saif recommends you, the excitement has died and pressure has taken place and you have pressure to perform and do work also."

Kubbra Sait who has transitioned from being a host to an actor,  spoke further about playing a best friend and how there is no fear of being stereotyped now. “If you were told 20 years ago, that you got the role of a best friend, people would say that for the next 40 years you will only play the role of a best friend. Thankfully, today's best friend or even a friend has so many shades of niceness and kindness. I remember reading an interview of Waheeda Rehman ji when she said that I don't want to play a regular mother, I want to play a different mother. And I was like this is such a smart thing to say because no two mother or no two friends are the same. For me this opportunity was fun. In my head I would say I am Saif’s girlfriend."

Not only is it new for Alaya F to perform alongside Saif, but same is the case with Kubbra. Talking about how it was working with Saif, Kubbra said, "He is awesome. He doesn't take himself too seriously. He makes it incredibly easy for people to work with him. But I think what stood out for me the most is that he is so collaborative on a script that before a scene you sit together and run your lines together and you are questioning till the last minute 'do I need to do this or say this'. And you put everything together. He is not the kind of person who says, ‘yaar mera do line nahi hai.  Mereko aur line do.’ None of that. And then in addition to all of that, his skill is very evident. Say like he takes 10 takes and he will know which take will make to the edit and that is the skills that will only come with experience. He knows exactly which will make it to the edit table and that is what blew my mind. To see him as a performer, as a person is outstanding."

Talking about Jawaani Jaaneman, Kubbra said, “There are films that have content and driven by content and you watch it to have something shipped inside you. And then you got a genre of film where everybody says leave your brain at home and to not question the film. Rarely do you get a film that does both. For me a Dil Chahta Hai is that kind of a contemporary film where you can have a lot of fun and yet it leaves something with you and ships something inside you. For me, Jawaani Jaaneman is also one of those happy go lucky film for which you don't need to leave your brains at home. Bring your brain with you and you will still enjoy the film and I think that is what is special about it.”

Jawaani Jaaneman is scheduled to hit the screens on January 31.