Yami Gautam was last seen in Vicky Kaushal's Uri - The Surgical Strike. Moving on, she's next starring opposite actor Vikrant Massey in a romantic comedy. Titled Ginny Weds Sunny, the film is directed by debutant Puneet Khanna. The film rolled today, in Delhi. We got out hands on a couple of pictures of the gang as well. 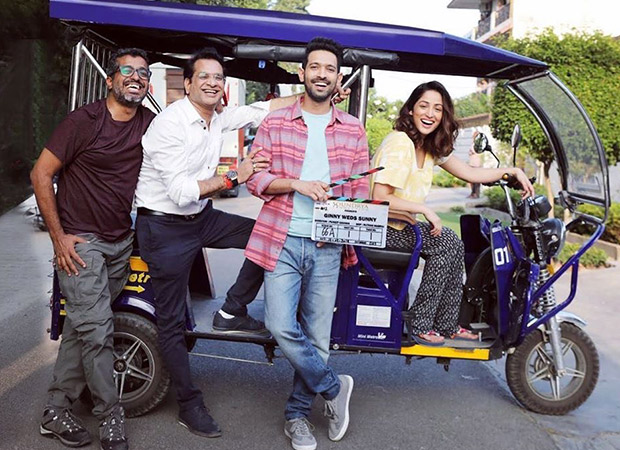 “It's time!!! ♥ The shoot for #GinnyWedsSunny starts today in Delhi and I just can't stop”, Vikrant wrote on Instagram. The photo has Yami occupying the driver's seat of a vehicle while the rest flash a bright smile and pose.

“Hop in on this new adventure with us”, wrote Yami Gautam, as she is seen posing with a bunch of other ladies.

As per reports, Vikrant's character i.e. Sunny, in the film, proposes Yami aka Ginny for marriage but is turned down. Next, he decides to team up with Ginny's mother to impress her. The light-hearted romantic comedy will see Yami playing a woman with a strong sense of individuality.

Vikrant, who was last seen in Criminal Justice and Mirzapur, will be also seen in Meghna Gulzar's Chhapaak alongside Deepika Padukone. Yami, on the other hand, is a part of Ayushmann Khurrana and Bhumi Pednekar starrer Bala.