The industry and audience alike are awaiting the release of the fantasy action adventure, Brahmastra starring Ranbir Kapoor and Alia Bhatt in lead along with Amitabh Bachchan, Nagarjuna and Dimple Kapadia in pivotal roles. The film, which went on floors over 2 years back, has been making the headline constantly due to the delay in release date, however some insiders who have seen some clippings can’t stop going gaga over Ayan Mukerji’s visuals, promising a never seen before cinematic experience. Recently, producer Karan Johar’s studio partner, Fox Star Studios, was acquired by international giant, Disney with the focus to bring about a change in the manner they function in India, following a not so promising run with respect to content in the country by Fox Star Studios. 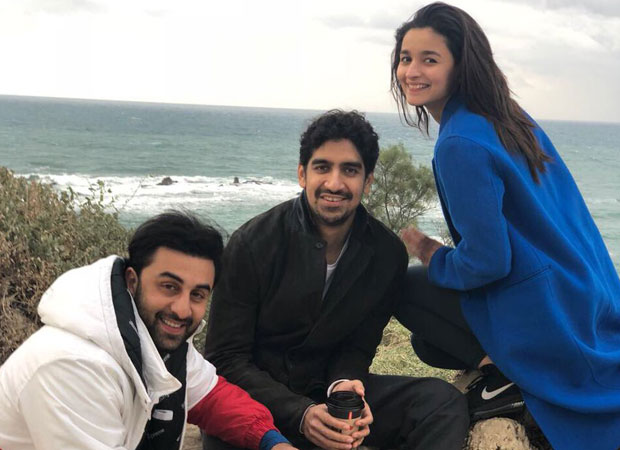 Among the many changes that they are bringing in, Bollywood Hungama has exclusively discovered that the studio has asked Karan Johar and director Ayan Mukerji to restrain the film’s run time around two and a half hours, thereby enabling them to get maximum showcasing in the multiplexes and in the single screens, which would also prove beneficial from return on investment perspective. “Brahmastra is undoubtedly the costliest Hindi film till date and to make sure the returns are on the point, the stakeholders are leaving no stone unturned. While the bound screenplay of Brahmastra and the rough first cut had a run time closer to the 3 hour mark, the studio suggested the team to cut it down by at-least 30 minutes keeping in mind the changing consumption pattern of the audiences, thereby making the film a memorable experience,” a trade source told Bollywood Hungama.

A brief schedule of Brahmastra is expected to commence in November, after which it will finally be a wrap for the magnum opus after almost 190 days of shoot. “It’s more of a song and some talkie scenes which are to be shot in the final schedule of approximately 10 days. The studio is looking to bring Brahmastra during the summer 2021 weekend, and is in no mood to delay it any further. The rough cut is ready with just some visual effect work pending now, which is going on in full swing. The sequences that remain to be shot won’t require too much of post-production, thereby enabling the team to lock the final edit quickly after the wrap and release the film,” the trade source further added, and further told that the priority for Disney is extremely clear and the focus is on the bottom line with expenses to be justified and kept under control. “The constant delay is more like an overhead for the studio.”

Brahmastra is produced by Karan Johar and is being planned as an ambitious trilogy. It marks the reunion of Ranbir with director Ayan after Wake Up Sid and Yeh Jawani Hai Dewani.

Also Read: How much of a budget cut will Ranbir Kapoor – Alia Bhatt starrer Brahmastra take?