Hollywood actress Florence Pugh is reportedly in talks to join the cast of Dune sequel. If finalized, the Oscar nominee would reunite with actor Timothée Chalamet, who plays the lead role of Paul Atreides. 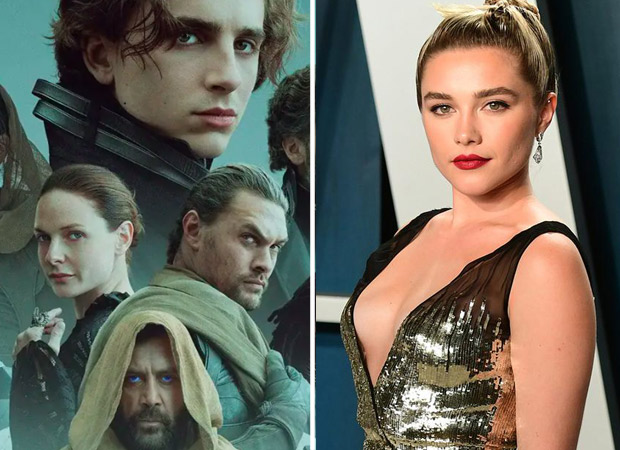 According to Deadline, while the casting is still not confirmed, sources say she will play Princess Irulan Corrino, the eldest daughter to Emperor Shaddam Corrino IV. The Black Widow actress would join returning cast members that include Timothée Chalamet, Rebecca Ferguson, Zendaya and Josh Brolin, with director, producer and co-screenwriter Denis Villeneuve also returning.

The two-part film is based on the novel of the same name by Frank Herbert. Set in the far future, Dune: Part 1 concludes with Timothée Chalamet's Paul Atreides, the series' central Messianic figure, seeking refuge from enemies in the desert. Dune: Part 2 will follow his efforts to exact vengeance on the noble families who assassinated his father, Duke Leto Atreides, and reclaim power. Production on the film is expected to begin later this year, with the film slated for a release on October 20, 2023.